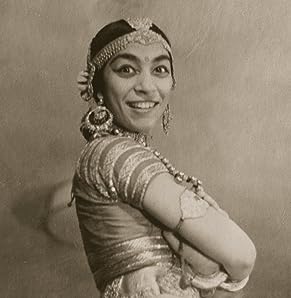 Sahibzadi Zohra Begum Mumtaz-ullah Khan, better known as Zohra Sehgal, was born into a Sunni Muslim Rohilla Pathan family of Rampur, Uttar Pradesh, on 27th April, 1912 in Rampur, Uttar Pradesh, India. However, unlike most other children of traditional households, Zohra Sehgal was a tomboy, who enjoyed climbing trees and playing games. Always rebellious, she saw in her teens Uday Shankar perform in Dehra Dun, during a vacation there, and that acted as the turning point of her life.She traveled all the way across India, West Asia and Europe by car with an uncle who was close to her. On her return, she was sent, clad in a burqa, to Queen Mary's Girls College, Lahore, a place of higher learning for daughters of aristocratic families. After she finished her college, she joined Uday Shankar's dance troupe, and traveled to Japan, West Asia, Europe and America. During this time, she met Kameshwar Sehgal, a Hindu and eight years younger to herself, and fell in love with him. After initial opposition from her parents, the couple got married, and in spite of Kameshwar's willingness to convert to Islam to marry Zohra, nobody insisted on it. The two had a civil marriage in August 1942. (As Khushwant Singh noted, Jawaharlal Nehru was to attend the wedding reception, but he was arrested a couple of days earlier for supporting Gandhi's Quit India Movement.The couple first worked in Uday Shankar's dance institute at Almora.When it shut down, they migrated to Lahore and founded their own Dance Institute. However, the growing communal tension prior to the Partition of India made them feel unwelcome, and they went to Bombay, where Zohra joined Prithviraj Kapur's theater as a stage actress and worked there for 14 years.They had two children, who had the choice of being Hindu or Muslim. For a while they accepted both, then discarded them. By that time, Zohra became an atheist. Her husband was all along a 'non-religious' man.Zohra had acted on the stage in different parts of India, including plays performed for jails inmates. According to Khushwant Singh, she once stayed back to witness an execution in the Ferozepore jail after staging a play there.After her husband's suicide, Zohra first moved to Delhi, and then went to London. When she did not get roles as a dancer or an actress, she took on odd jobs like working in the India Tea Centre. Then she got her first break in the films and was signed by Arthur Rank and Merchant Ivory productions.In India, she became well-known after the appeared in the TV series Mullah Naseeruddin. She has since appeared in many Bollywood as British (mostly British Indian) movies. - IMDb Mini Biography By: The Court Clown

YouTube has the most number of Zohra Sehgal’s flixes, followed by Google Play Movies compared to other streaming platforms. See the full graph below.

On average the IMDB score of the movies that Zohra Sehgal has worked on is 6.9.

Nandini has to choose between Sameer, the man who taught her to fall in love; and Vanraj, the man from whom she learnt how to abide and fulfill promises of love.