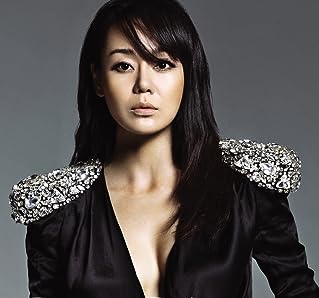 Yunjin Kim (born November 7, 1973), also known as Kim Yun-Jin is a South Korean-American film and theater actress. She is best known for her role as Sun on the American television series Lost, and as the North Korean spy Bang-Hee in the South Korean film Shiri. She also starred as Dr. Karen Kim in the ABC drama series Mistresses.Kim was born in Seoul, South Korea on November 7, 1973. She immigrated to the United States with her family in 1980. They lived in Staten Island, New York. She joined the middle school drama club in the 7th grade and performed in the musical My Fair Lady.Kim attended high school at the prestigious Fiorello H. LaGuardia High School of Music & Art and Performing Arts, a public high school located in Manhattan. From there, she went on to study drama at the London Academy of Performing Arts and later earned her BFA degree in drama at Boston University. Kim has remarked that in her zeal to become Americanized quickly, she studied acting, academics and pronunciation with equal intensity. She is also a trained dancer and martial arts fighter.After graduation, Kim devoted herself full-time to acting. She garnered several minor parts on MTV, in soap opera-style dramas on ABC, and on the off-Broadway stage. In 1997, she starred in Splendid Holiday, a Korean TV drama shot on location in New York. Kim decided to return to Korea. She was cast in the TV drama Wedding Dress and was also invited to act in Lee Kwangmo's feature Spring in My Hometown, although she ended up not taking this role. Her breakthrough debut came in the 1999 film Shiri, South Korea's first blockbuster film. Shiri became the highest-grossing film in Korean history at the time. In November 2000, she continued her association with Kang Je-gyu in The Legend of Gingko.After acting in a Japanese film and a feature set in Los Angeles, Kim appeared in the sci-fi feature Yesterday. Then in 2002, Kim took the lead role in Ardor, the feature film debut of documentarist Byun Young-ju. The film was invited to screen in a non-competitive section at the 2003 Berlin film festival.In 2004, Kim started appearing in the U.S. television series Lost, which ran for six seasons.In May 2006, Maxim named Kim number 98 on its annual Hot 100 List. In October 2006 she was featured on the cover of Stuff, as well as an inside spread.In 2013, she had a leading role in the ABC drama series Mistresses.In 2018, Kim returned to Korean television by headlining the series Ms. Ma, Nemesis. - IMDb Mini Biography By: ahmetkozan

Vudu has the most number of Yunjin Kim’s flixes, followed by Google Play Movies compared to other streaming platforms. See the full graph below.

On average the IMDB score of the movies that Yunjin Kim has worked on is 6.8.

The survivors of a plane crash are forced to work together in order to survive on a seemingly deserted tropical island.

Amid the time of Korean War, a young boy's vow to take care of his family marked the beginning of a lifelong promise spanning 60 years.

Ms. Ma was falsely accused of killing her daughter. After she escapes from prison, she tries to clear her name and reveal the truth about her daughter's death.

Follows the scandalous lives of a group of four girlfriends, each on her own path to self-discovery as they brave the turbulent journey together.

A successful lawyer who, in order to save her daughter, is pressured into defending the innocence of a man slated to receive the death penalty.

South Korean agents Ryu and Lee are tracking a female assassin from North Korea who has mysteriously disappeared. With new killings and the theft of a deadly bomb, time is running out to catch her.