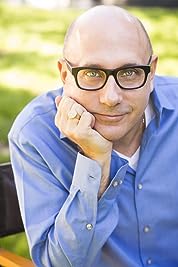 Rarely at a loss for work, Garson has appeared in over 300 episodes of television and more than 70 films. Best known for his long runs on television, as Mozzie on "WHITE COLLAR", Stanford Blatch on "SEX AND THE CITY", and Henry Coffield on "NYPD BLUE". He appears as the grifter with a heart of gold Gerard Hirsch on "HAWAII 5-0".Born in New Jersey, he started training at The Actors Institute In New York, before majoring in Psychology and Theater at Wesleyan University in Connecticut. After graduation, he quickly started landing guest roles on shows such as CHEERS, FAMILY TIES, THIRTYSOMETHING, LA LAW, as well as continually recurring on a wide array of shows including X-FILES, TWIN PEAKS, TWO & A HALF MEN, STARGATE, PUSHING DAISIES, THE PRACTICE, ALLY MCBEAL, etc etc etc. His favorite longform on TV was Dr. Kreutz for Steven Spielberg in the acclaimed miniseries TAKEN. Garson also appeared on many episodes of BOY MEETS WORLD, and now GIRL MEETS WORLD.On the big screen, other than reprising his SEX & THE CITY role for two features, he has collaborated with the Farrely Brothers on 3 films, SOMETHING ABOUT MARY, KINGPIN, and FEVER PITCH, as well as appearing in SOAPDISH, GROUNDHOG DAY, MARS ATTACKS, THE ROCK, BEING JOHN MALKOVITCH, and many others. He has often been used by such varied directors as Spike Jonze, Michael Bay, the late great Mike Nichols, and Ron Shelton. Next up is FEED, touching on a subject he is very proud to be a part of. Upcoming films include WALK TO VEGAS, and MAGIC CAMP.As a director, Garson has directed episodes of WHITE COLLAR and GIRL MEETS WORLD, and, with Warner Brothers, has 2 TV shows in development as producer/creator.Garson continues to perform with various bi-coastal theater companies such as Naked Angles, Manhattan Theater Club, The Roundabout Theater, and The Geffen. He is also very involved with many charities, including AMFAR, Camp Joslin for Diabetes, Doctors Without Borders, Habitat for Humanity, and especially The Alliance for Childrens Rights, which facilitates adoptions in LA County----this has a special place in the Garson family, as Willie adopted his son Nathen in Los Angeles in 2010, and has twice served as National Spokesman for National Adoption Day.Aside from acting, Garson is known as a world-class poker player, having been nicknamed "Evil Willie" on the first episode of CELEBRITY POKER SHOWDOWN, and continues to play in tournaments all over the world, both for charity, and through the WORLD POKER TOUR. - IMDb Mini Biography By: Willie Garson

Amazon Video has the most number of Willie Garson’s flixes, followed by DIRECTV compared to other streaming platforms. See the full graph below.

On average the IMDB score of the movies that Willie Garson has worked on is 6.3.

Carl Laemmle is a feature documentary about the extraordinary life story of Carl Laemmle, the German-Jewish immigrant who founded Universal Pictures, and saved over 300 Jewish families from Nazi Germany.

In Imperial Beach, California, the dysfunctional Yost family intersects with two new arrivals to the community: a dim-but-wealthy surfing enthusiast, and a man spurned by the Yosts years ago.

When the charming bell captain at a popular Arizona resort decides that becoming a manager is the only way to win the girl of his dreams, he must navigate a crazy group of guests, allies ...