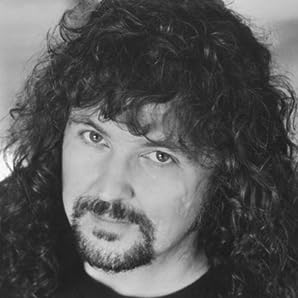 Amazon Video has the most number of Wally Wingert’s flixes, followed by Apple iTunes compared to other streaming platforms. See the full graph below.

On average the IMDB score of the movies that Wally Wingert has worked on is 6.8.

An alien named Zim from the planet Irk is sent on a secret mission to conquer Earth, not realising that his leaders were just trying to get rid of him and hoped that he would die. Once there, Zim manages to disguise himself as a human child, but one boy named Dib sees through his disguise.

After 74 villains break out of prison, Marvel's most powerful superheroes team up to capture all of them, and also to defend the Earth from widespread threats.

High school student Kurosaki Ichigo is unlike any ordinary kid because he can see ghosts. After an accident with a hollow, he got a power.So begins Kurosaki Ichigo's training and duty as a Shinigami, Soul Reaper.

Kobayakawa Sena is a little guy who always get picked on by the bullies in school. Since elementary school, he always play the role of the 'errand boy' to the extent that he has become ...

In a world where superheroes have corporate sponsors and are the stars of their own reality TV show, a new superhero team is born as the veteran hero Wild Tiger is assigned to be partners with rookie Barnaby Brooks Jr.

Starring Astro, Japan's first Superhero and a modern folk hero- an anime adaption for the new century based on the seminal manga 'Astro Boy' by the 'God of Manga' Osamu Tezuka.

A lasagne-loving pussycat adventures and explores the differences between good and bad, and right and wrong.