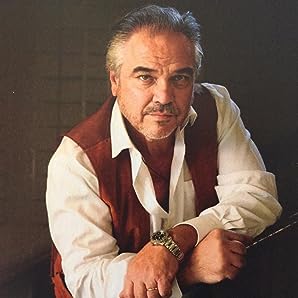 As a rule, W. Earl Brown does not usually speak of himself in the third-person. However, the Internet Movie Database will not accept biographical information written in the first person, therefore:W Earl Brown was born and raised in western Kentucky. Realizing early in life that he had aversion to manual labor, he knew that farming life was not for him. The first theater he ever attended was on his grandparents' front porch, where, in following family tradition, they would entertain themselves after a day's work with songs and stories. He was much better suited to that part of Kentucky farm life rather than the fields and barns.In high school, Earl was actively involved in forensic competition where his coach fired a competitive spirit and taught his students the value of hard work and sacrifice. It was during those years, Earl's love of movies blossomed and he first had the dream of working in films; however, at the point in his life such an idea seemed impossible to achieve. The first in his family to go to college, Earl took an acting class on a whim at Murray State University and it was in that class that he found his Calling. He began performing in numerous productions on campus. It was in a production of "That Championship Season" in 1983 that he first had the experience of craft being elevated to art, and due to that, he was hooked.Earl received his MFA from DePaul University's Theatre School in 1989. After graduation, he performed in numerous plays around Chicago. His first job on a film set was teaching dialect on Backdraft (1991). Not long after that, his performance in "A View From the Bridge" at the Steppenwolf Theatre catapulted his career as an actor into television and film. He landed numerous roles and within a couple of years had hit the proverbial glass ceiling. In 1993, he relocated to Los Angeles and started over.Wes Craven was an early supporter, casting Earl in New Nightmare (1994), A Vampire in Brooklyn (1995) and the role of "Kenny" in the classic, Scream (1996). Two years after the success of Scream, Earl played "Warren", Cameron Diaz's mentally challenged brother, in There's Something About Mary (1998). Among his many other film credits are the highly regarded films: Being John Malkovich (1999), The Master (2012), The Sessions (2012), Wild (2014), Black Mass (2015), and Netflix's The Highwaymen (2019).On television, Earl has guest starred in many series, including: Luck (2011), Seinfeld (1995), American Horror Story (2011), Justified (2009), X-Files (2002), Six Feet Under (2001), and NYPD Blue (2000 & 2005). Among the TV movies he has been involved with, was the starring role in VH1's Meatloaf: To Hell and Back (2000). He played "Tom Carlin" in ABC's highly acclaimed anthology series American Crime (2015) and "Teague Dixon" in HBO's True Detective (2015). He is probably best known as "Dan Dority" in HBO's Deadwood (2003). During that series' second season, the show's creator, David Milch, invited him to join the writing staff. In 2007, Earl earned a WGA nomination for writing on a drama series and a SAG nomination for best drama ensemble acting. Establishing himself on a show as critically lauded as Deadwood opened doors for other writing projects, including the Sony release, Bloodworth (2011), which Earl wrote and produced.In addition to his television and film work, Earl co-starred in Sony's The Last Of Us, 2013 Video Game Of The Year. He also writes music and records with Sacred Cowboys, an LA based Americana band. In 2018, he combined his love of music and film by co-creating the short film, Dad Band, which as of its one year anniversary on YouTube had over 600,000 views.One other thing of note, because W. Earl Brown gets asked it often and it seems as hoity-toity as speaking of himself in the third person: The "W" was added to his name upon joining the Screen Actors Guild. The guild has a rule that actors can not have the same name as another actor. He was told that there was an "Earl Brown" and a "William Brown", hence he became W. Earl Brown (a name he remembered from the label of an Elvis Presley record)... Then when his recording work in Sacred Cowboys necessitated his joining the songwriter's rights association, ASCAP, (where songwriter W. Earl Brown was represented) he had to become "William Earl Brown." It's confusing - he knows. - IMDb Mini Biography By: W. Earl Brown

Vudu has the most number of W. Earl Brown’s flixes, followed by Amazon Video compared to other streaming platforms. See the full graph below.

On average the IMDB score of the movies that W. Earl Brown has worked on is 6.4.

A comedy documentary outlining the progression of the ever growing cannabis industry.

An investigator from the state attorney general's office is sent to a small Southern town to investigate a strange murder.

Lucas Simons, an 11 year-old filmmaker, is obsessed with death after the loss of his brother. When Lucas accidentally captures a mysterious presence in one of his films, he inadvertently ...

A man who left home 40 years earlier to become a country singer returns home to the tattered remains of his broken family and a grandson who is desperately trying to escape the family curse.

Drama,Mystery
Dancing at the Blue Iguana (2000)

A non-glamorous portrayal of the lives of people who make their living at a strip club.

Texas beauty Susan Wright appeared to have a fairytale life with an adoring husband, Jeff, two beautiful kids, and close family and friends. But in 2003, six years into their marriage, the ...