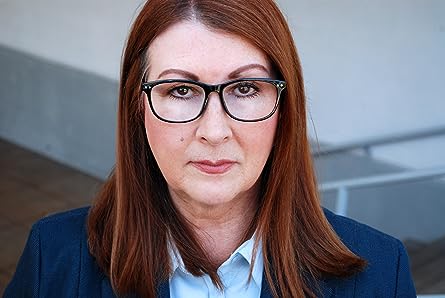 A Singer/Actor/Writer/Producer, Veronica Frances Scheyving (Oliveto) was born and raised in Los Angeles, Veronica dreamed of being an actor/singer/performer at the age of 7 when she saw her idol, Lesley Anne Warren in the TV Musical, Cinderella. The eldest of six children, such a dream was not yet to happen and the biggest brushes she had with fulfilling it at that time were taking piano lessons, performing at Shakey's Pizza Parlour, singing in the school choir and being cast as a saint in a religious play in the third grade. After working for several years behind the scenes in the Music and Animation Industries, she found herself taking stock at the Millennium and figuring out what was next in her life. Always setting goals and reaching for new achievements, she took a career assessment test that told her she was particularly suited to be a "Performer"! Flash forward to today and she has credits too numerous to even fit onto a dozen-page resume' and she has gained the experience that can only come from doing rather than watching! Veronica has over 46 Musicals and Theatrical Productions (she is a company member of Doma Theatre Company) to her credit (Pope Joan the musical, Xanadu and Pippin, among her favorites) as well as 29 films, 16 TV shows and a great number of internet (YouTube) projects, Music Videos (Bon Jovi's What Do You Got with Wes Bentley, The Penny Kings' Piece of Mind and Wu Tang Clan's Hands Up featuring Cappadonna), hosting, commercial and industrial, and Commercials. She has had the pleasure of sharing the screen with one of the 50 most beautiful people in the world, Dylan McDermott in his Funny-or-Die production of The Douce' and Jason Alexander in Donny Clay: Just Doo It. She has had parts in some pretty terrific Feature Films like Tell Me I Love You, Natural Born Pranksters, 37 and Pete Smalls Is Dead. Notable TV show parts include Quarterlife and The Millers and some Voice-Over roles in some great animated shows such as The Cramp Twins, Generation O!, The Brothers Flub and Fat Dog Mendoza as well as multiple radio spots. Veronica has added "Writer" and "Producer" to her roles, working on her own YouTube show, The Wise Wanda Show as well as several other projects. Veronica has a need for natural adrenaline in the form of roller coaster riding and race car driving! Karaoke continues to be a fun way to spend time with fellow performers and she loves to paint and sculpt. Veronica lives in the San Fernando Valley where she and hubby of 38 years, Keith, raised their two children, Kimberly Anne (a Market Development Manager, now 31 and living with Grant Michael Bauer, hubby of 4 years as well as an adorable daughter, Brooke Lynn now 20 months) and Joshua Maurice (now 27 and a Special Education Teacher and Drummer). Her family continues to be the lights of her life! YouTube: vscheyving Facebook: vscheyvingactorpage Twitter: VScheyving Istagram: vscheyving - IMDb Mini Biography By: Veronica Scheyving

Tubi TV has the most number of Veronica Scheyving’s flixes, followed by Amazon Prime Video compared to other streaming platforms. See the full graph below.

On average the IMDB score of the movies that Veronica Scheyving has worked on is 5.7.

Take a look inside the fast-paced, high pressure world of car repossession with a team of highly trained professionals from California's San Fernando Valley.