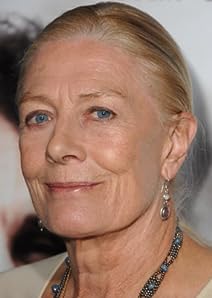 Amazon Video has the most number of Vanessa Redgrave’s flixes, followed by Vudu compared to other streaming platforms. See the full graph below.

On average the IMDB score of the movies that Vanessa Redgrave has worked on is 7.2.

DEALING AND WHEELING IN SMALL ARMS follows the tracks of: guns fabricated and traded in the Western world, guns representing our machismo, our power and technical achievements, guns ...

Various actors discuss Shakespeare plays. Each episode is presented by one actor and, in most cases, the actor discusses one play. However, some episodes cover more than one play. For ...

Chronicles the lives of a group of midwives living in East London in the late-1950s to mid-1960s.

Tales of love across two films highlighting the very different challenges that face the couples, With Michael and Thomas just after WWII, and Adam and Steve in the present day.

In 17th-century France, Father Urbain Grandier seeks to protect the city of Loudun from the corrupt establishment of Cardinal Richelieu. Hysteria occurs within the city when he is accused of witchcraft by a sexually repressed nun.

Documentary,History,Thriller
Off Frame Aka Revolution Until Victory (2015)

A filmmaker watches an archive of films from the period of the Palestinian revolution...

Winston Churchill's wilderness years prior to World War II, when only he could see the threat that Adolf Hitler and a rearmed Germany posed to Europe.