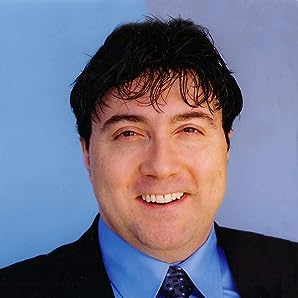 You've heard him but have you seen him?Whether it's the voice of CBC Television or ADR for Sean Penn in the Secret Life Of Walter Mitty or the multitude of voices on cartoons such as Justin Time, Numchucks, Ying Yang Yo, the Cat In The Hat, the X-Men, the Avengers, Rescue Heroes....OK, you get the picture.From radio and television commercials, promos for TV, movie trailers, radio imaging, narration and animated television shows and features. He has acted in several plays and has written comedy and drama for radio and animation. Recently doing voice replacements in film and TV for: Alec Baldwin, Ben Barnes, Ben Kingsley, Chazz Palminteri, Colin Firth, Hugh Jackman, Ian McKellen, Ian McShane, Jackie Chan, James Cagney,John Leguizamo, John Lennon, Jonathan Winters, Ken Watanabe, Kevin Spacey, Kieifer Sutherland, Luke Evans(Dracula), Mark Strong, Mark Walhberg, Mel Brooks, Peter Cullen (Optimus Prime), Richard Dreyfus, Sean Penn, Tom Kenny (Sponge Bob), Tony Shalhoub and more...You can hear him on CBC or on any number of animated shows but if you look hard enough, you can see him on HBO's High Maintenance or as Elvis in "Eerie Indianna the Other Dimension". - IMDb Mini Biography By: Rose Dimasi

Amazon Video has the most number of Tony Daniels’s flixes, followed by Google Play Movies compared to other streaming platforms. See the full graph below.

On average the IMDB score of the movies that Tony Daniels has worked on is 6.5.

Sweet little cartoon about big sister Stella and her little brother Sam set in an adorable world of imagination . The cute duo set off on all sorts of imaginative adventures in their own ...

Tales and virtues from the bible are brought to life in a fun-filled, kid friendly cartoon

The continuing adventures of Sam the Bogart-like dog and Max the hyper-kinetic bunny.

A telling of Ancient Greek myths for a new generation.

The adventures of the children of the characters of Fred Rogers' Neighborhood of Make-Believe.

When the patents of Prince Nestor are taken, he must go to his allies and ring the magical swords that have the power to save them. With drama, comedy, action and romance The World Of Quest is packed full of fun for the whole family.

An entertaining and educational show for children about cartoon animals living in a small town, and the friendship between a cat and an earthworm.

Four beybladers and their genius friend travel the world as team 'Bladebreakers' to win a championship, realizing there's much more at stake on the go.