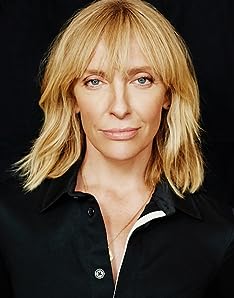 Toni Collette is an Academy Award-nominated Australian actress, best known for her roles in Sixth Sense (1999) and Little Miss Sunshine (2006).Collette was born Toni Collett (she later added an "e") on November 1, 1972, in Blacktown, Sydney, New South Wales, Australia. She is the first of three children of Judith (Cook), a customer service representative, and Bob Collett, a truck driver. From age six, she was brought up in suburban Sydney. At the age of eleven, she showed her phenomenal acting skills when she faked appendicitis out of boredom and longing for attention; her act was so convincing that doctors had to remove her appendix, even though the test showed nothing was wrong with it. At 16, she left school and enrolled in the National Institute of Dramatic Arts (NIDA). At that time, she was a struggling actress, supporting herself by delivering pizzas. After 18 months of studies, she left NIDA for her feature film debut as "Wendy Robinson", opposite Russell Crowe and Anthony Hopkins, in Made in Spotswood - Die Fabrik der schrägen Vögel (1992), and earned herself a nomination for Best Supporting Actress from the Australian Film Institute. Collette made her stage debut with the Sydney Theatre Company, as "Sonya" in Anton Chekhov's "Uncle Vanya", a performance that won her a critic's circle award as Best Newcomer. She also appeared in stage productions at the Belvoir Street Theatre, under directorship of Geoffrey Rush. In 1994, she won the Australian Best Actress in a Lead Role for her work in Muriels Hochzeit (1994), for which she had to gain 40 pounds in seven weeks. In 1995, Toni Collette came to Hollywood with a supporting role in Der Zufallslover (1996), then had a string of supporting roles. Her first lead as "Diana Spencer", an Australian woman who shares the name and birthday of Princess Diana, in the comedy, Diana & ich (1997), was obscured by the real Diana's death, which practically occurred at the same time when the movie was released. Her breakthrough came with the role as "Lynn Sear" in Sixth Sense (1999), for which she quite rightly won an Academy Award nomination for Best Actress in a Supporting Role. Her latest memorable role as "Sheryl", a beaten-down but loving mother, in Little Miss Sunshine (2006), is also a fine ensemble work with Abigail Breslin, Greg Kinnear, Steve Carell, Paul Dano, and Alan Arkin. Since 2003, Toni Collette has been married to musician Dave Galafassi, with whom she recorded her singing and songwriting debut album, titled "Beautiful Awkward Pictures", in 2006. She co-owns an independent production company in Australia, and also continues her music career as a singer. Toni resides with her husband in Sydney, Australia, and owns a second home in Ireland. - IMDb Mini Biography By: Steve Shelokhonov

Amazon Video has the most number of Toni Collette’s flixes, followed by Google Play Movies compared to other streaming platforms. See the full graph below.

On average the IMDB score of the movies that Toni Collette has worked on is 6.7.

Based on the true story of Marie, a teenager who was charged with lying about having been raped, and the two female detectives who followed the path to the truth.

A tale of friendship between two unlikely pen pals: Mary, a lonely, eight-year-old girl living in the suburbs of Melbourne, and Max, a forty-four-year old, severely obese man living in New York.

A woman struggles to find a balance between her dissociative identity disorder and raising a dysfunctional family.

Shy 14-year-old Duncan goes on summer vacation with his mother, her overbearing boyfriend, and her boyfriend's daughter. Having a rough time fitting in, Duncan finds an unexpected friend in Owen, manager of the Water Wizz water park.

A grieving family is haunted by tragic and disturbing occurrences.

A story about a girl who collects cups, 5 useless lovers, a heart being thrown out a window, hair cutting as a metaphor for suffering, the heroine jumping off rooftops and surviving, a fox,...