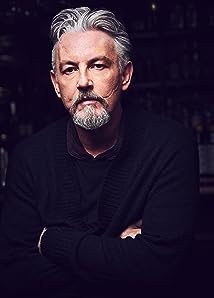 Tommy Flanagan stars as 'Martin Connells' in the third season of HBO's "Westworld' starring opposite Evan Rachel Wood and Jeffrey Wright.Tommy Flanagan was born and raised in Glasgow, Scotland. In his twenties, Flanagan made his living as a DJ for local dance clubs and during this time, his friend Robert Carlyle, persuaded Flanagan to give acting a try. Flanagan soon joined Carlyle's Raindog Theatre Company where he made his stage debut in such productions as 'One Flew Over the Cuckoo's Nest', and 'MacBeth'.Flanagan soon landed the role of Scottish rebel 'Morrison' in Mel Gibson's epic 'Braveheart', which became a worldwide blockbuster and win an Academy Award for Best Picture.Following this, Flanagan went on to work with an array of top directors in films such as Phillip Noyce's 'The Saint', John Woo's 'Face/Off', and David Fincher's 'The Game', and 'Plunkett and Macleane'', reuniting him with Robert Carlyle.In 2000, Flanagan earned critical praise and numerous 'Best Actor' nominations for his role as 'Da', the troubled father in Lynne Ramsay's 'Ratcatcher'. That same year, Flanagan played the role of 'Cicero', the faithful retainer of Russell Crowe's character in the Academy Award-winning 'Gladiator' for director Ridley Scott. Flanagan's endearing portrayal once again earned him praise and recognition.Flanagan continued creating memorable roles and working with talented directors in films including 'Trauma' opposite Colin Firth, New Line's 'All About the Benjamins' opposite Ice Cube, 20th Century Fox's 'Alien vs. Predator' for director Paul W.S. Anderson, Miramax films 'Sin City' for director Robert Rodriguez, and Simon West's re-make of 'When a Stranger Calls', playing the pivotal role of the 'Stranger' terrorizing Camilla Belle, as well as playing the enigmatic hit man 'Lazlo Soot' in Joe Carnahan's 'Smokin' Aces'.In 2008, Flanagan joined Charlie Hunnam and Ron Perlman in FX Network's drama, 'Sons of Anarchy' , one of the highest rated shows for the network, running for seven seasons. Flanagan portrayed Filip 'Chibs' Telford, a stalwart member of the "Sons of Anarchy Motorcycle Club. The beloved series earned Flanagan a legion of loving and dedicated fans.During this time, Flanagan also appeared in leading roles on other hit series including Netflix's 'Peaky Blinders' opposite Cillian Murphy and Sam Neill, Fox's '24' and 'Lie to Me', ABC's 'Detroit 187', ABC's 'Revenge' and DC's and Fox's 'Gotham' playing the enigmatic 'Tommy the Knife'.Recent films include the critically acclaimed drama 'Winter' by Heidi Greensmith, in which he plays an emotionally tortured painter trying to keep his family together after the sudden loss of his wife (Flanagan won Best Leading Actor Award for his performance at the New York City International Film Festival for his performance); James Gunn's 'Guardians of the Galaxy Vol 2' for Marvel Studios and Disney; "The Ballad of Lefty Brown" opposite Peter Fonda, Bill Pullman and Jim Caviezel in which he plays 'Tom Harrah' a US Marshal, and once great gunfighter, avenging his friend's death; and 'Papillon', a remake of the classic 1973 film being directed by Michael Noer, and reuniting with his SOA co-star, Charlie Hunnam.This past year, Flanagan also starred opposite Gary Oldman in the thriller 'Killers Anonymous', as well as the critically acclaimed 'The Wave' opposite Justin Long. Flanagan also stars in the Netflix series "Wu Assassins" from creator John Wirth and fight choreographer Iko Uwais ('The Raid 1 & 2'). - IMDb Mini Biography By: Authentic

Amazon Video has the most number of Tommy Flanagan’s flixes, followed by Vudu compared to other streaming platforms. See the full graph below.

On average the IMDB score of the movies that Tommy Flanagan has worked on is 6.0.

An unabashed kid navigates the filthy world of 1973 Glasgow, preoccupying himself with the equally poor youth around him.

A romanced story of Attila the Hun (Gerard Butler), from when he lost his parents in childhood until his death. Attila is disclosed as a great leader, strategist, and lover and the movie ...

A tragic love story following Woods, a successful artist, after the death of his beloved wife and exploring the effects his crippling grief has on his two young sons.

An insurance lawyer goes out on the town to celebrate an upcoming promotion with his co-worker, Jeff. But their night takes a turns bizarre when Frank ingests a hallucinogen that completely alters his perception of the world.

A woman asks her big shot lawyer ex-husband to defend her career criminal brother, accused of killing a DA. He'll need more than his legal skills to stay alive and win the case.

Stella Davis, a widow who saves her ranch by working with convicts to rehabilitate a herd of wild horses that wandered on to her property, must fight prejudice.

Action,Comedy,Crime
All About the Benjamins (2002)

Bounty hunter Bucum chases bail-jumper Reggie, who runs right into the scene of a diamond heist and murder and gets shot at as well. Later they become partners in their pursuit of the $20M in diamonds and lottery ticket. Their women join.