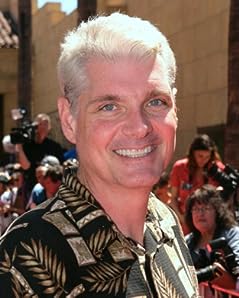 Tom started doing voiceover work professionally at the age of 15, in his hometown of Kansas City. By the time he got out of college he had done several hundred commercials, then he moved to Hollywood and started landing Movie Trailers, Network Promos, Games, Feature Films and Cartoons.First came Disney's Prince Valiant, then Iron Man, Star Wars projects, The Wild Thornberrys, The Powerpuff Girls, Kim Possible, then... Well, you get the idea.Tom is best known for voicing Jedi Master Yoda, Admiral Ackbar, Admiral Yularen, the Opening Narrator, Qui Gon Jin and others in Lucasfilm/Disney Feature Films and TV series The Last Jedi, Rogue One, The Force Awakens, Solo, Clone Wars, Rebels, Droid Tales, Lego Star Wars, Robot Chicken Star Wars, and more. In the Disney Theme Parks he's the voice of the Monorail System, a half-dozen Star Wars rides and attractions, and the largest fireworks Spectacular show in Disney history that close the Parks every night.In addition to his character voices, on any given day he does "regular announcer" VO jobs for TV commercials, Movie Trailers and Network Promos for the likes of Disney, Pixar, CBS, Dr. Pepper, Sony, Scrubbing Bubbles, FOX, Hotwire, Showtime, Dreamworks, Walmart, Universal, Netflix, Nintendo, Propel, McDonald's, Kellogg's, Nickelodeon, talking Christmas Tree ornaments and greeting cards for Hallmark... the list goes on.He's had starring and Special Guest roles in Archer, Family Guy, The Powerpuff Girls, Scooby Doo, Shrek 3, Robot Chicken, Kim Possible, The Avengers, Foster's Home for Imaginary Friends, Iron Man, The Wild Thornberrys, Wolverine and the X-Men and dozens of other animated series going back 25 years.For Games, Tom voices Leviathan and Lok in Fortnite, a dozen major characters in almost every Star Wars game ever made, as well as Takeo in Call of Duty, Commissioner Gordon, Quincy Sharp and Amadeus Arkham in Batman, Gandalf in The Lord of the Rings and The Hobbit, Professor Xavier and Magneto in the X-Men, Ondore in Final Fantasy, and many, many more.An unusual area of Kane's work is voice-doubling. When celebrities are not available to do their post-production, testing or Trailer dialogue recording, Tom fills in for A-Listers such as Morgan Freeman, Anthony Hopkins, Patrick Stewart, Ian McKellan, Liam Neeson and others.Tom has also been the Announcer for three AFI Lifetime Achievement Award broadcasts, as well as Announcing for the 78th, 80th, 83rd, 84th and 90th Academy Awards broadcasts on ABC. - IMDb Mini Biography By: Cope Management

Amazon Video has the most number of Tom Kane’s flixes, followed by Google Play Movies compared to other streaming platforms. See the full graph below.

On average the IMDB score of the movies that Tom Kane has worked on is 6.7.

Jedi Knights lead the Grand Army of the Republic against the droid army of the Separatists.

Action,Adventure,Animation
Wolverine and the X-Men (2008)

After an explosion at the school, the X-Men went their separate ways. But they must unite once again under the leadership of Wolverine to prevent an inevitable war while also dealing with present problems.

A boy and his beloved imaginary friend are able to stay together at an orphanage of sorts for imaginary friends that children have outgrown to be adopted by new children.

Immediately after the Battle of Endor, C-3PO recounts the Skywalker saga so far as he helps recover R2-D2 from a shadowy figure.

Three super-powered little girls constantly save the world (or at least the city of Townsville) from monsters, would-be conquerers and a few other gross things.

Search for evidence of life beyond our world from the fringes of the galaxy to our own backyards.

Industrialist Tony Stark leads his private team of superheros as Iron Man against the forces of evil.

New information and experts cover current updates on the saga that shocked America and changed history as we still have no answers to the truth.