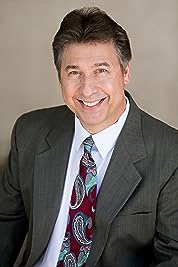 Tom Fahn was born in Queens, New York on April 30th, 1962. His parents - one Jewish, the other Italian Catholic - (he has twice the guilt) are from Brooklyn. He is the second of four children and has two brothers and a sister. He grew up in Huntington, Long Island, New York.His father worked in NY Radio during the week and as a drummer on weekends, playing jazz. Both his parents exposed the family to the arts at an early age, taking the family to movies, concerts and Broadway, whenever possible.When he was 15 his family moved to Southern California. He graduated from California State University, Long Beach with a Bachelor of Arts degree in Theater Arts. He married his college sweetheart and moved to Los Angeles where he began pounding the pavement as an actor.Tom has worked as an actor in Voice-Over, Film, TV, Commercials, Theater, Stand-up & Improv comedy. A Voice-Over artist for many years, VO credits include Agumon on Digimon: Digital Monsters, Ice Age 2: The Meltdown, Cowboy Bebop, Boid N Woim on Cartoon Network and many others. On-Camera he starred in the Direct-To-Video, Family Feature, The Incredible Genie, as The Genie, co-starring Amanda Fuller. He played Robert D. Niro in the award winning, Scorsese parody, short film, Fast Food. He also wrote and starred in the webisode, Fun Dad, now playing on Funny Or Die. Both Fast Food and Fun Dad were directed by his brother, Jonathan Fahn. He has appeared in numerous Commercials, including a National TV ad for Lowe's with a very big bear. On Stage in Los Angeles he was cast as Dr. Melman in the play, 40 And Other Problems, written by Cynthia Greenburg. Also in the production were Joy Gohring, Roma Maffia and Maggie Wheeler. He performed for 10 years as a Stand-Up Comic from Vegas to Boston, as a member of The Comedy Team of Tom & Dan with Dan Lorge. Tom & Dan were also $10,000 Grand Prize Winners on ABC's The New America's Funniest People. He performed Improv-Comedy for 5 years every Monday night as a member of The Itchey Feet, directed by Bryan Rasmussen. He wrote and produced with his brother, Jonathan Fahn, the short film, Old Dogs starring John Saxon, Larry Gelman, Basil Hoffman and Phil Lamarr. Their full-length, feature film screenplay of Old Dogs, now titled #OldDawgz, is in Pre-Production. It is to be produced by Bruce Gordon and the script is posted on The Black List. Tom has a Podcast with his brother, Jonathan, called Magic Moments With The Fahn Brothers.In his spare time, he enjoys playing softball, rooting for The Los Angeles Dodgers and spending time with family and friends.Tom always wanted to be an actor since he was a kid but his greatest credits are his wife and daughter. They live in Los Angeles. - IMDb Mini Biography By: Thomas Fahn

Amazon Video has the most number of Tom Fahn’s flixes, followed by Amazon Prime Video compared to other streaming platforms. See the full graph below.

On average the IMDB score of the movies that Tom Fahn has worked on is 7.3.

About Eikichi Onizuka, a 22-year-old ex-gangster member and a virgin. He has one ambition that no one ever expected from him. His solely life purpose is to become the greatest high school teacher ever.

Adventure,Animation,Comedy
God, Save Our King! (2004)

After being flushed down a toilet, 15-year-old Yuuri Shibuya is transported to an alternate world called the New Demon Kingdom, and is told that he is to be the new king of the demons. ...

Sho and his friend Tetsurou stumble upon an odd alien artifact while walking through the woods. Then, the alien artifact breaks free of its metallic bonds and enters Sho's body, turning him...

The team discovers that when they grow up, their relationship with their Digimon will come closer to an end. They realize that the more they fight, the faster their bond breaks and the time to choose is approaching fast.

Two sets of parents divorce and marry each other, while their children Miki and Yuu are caught in the middle and start falling for each other.

Three guys in their seventies reclaim their vitality when mistakenly picking up a bag full of cocaine puts them between the cops and the mob.