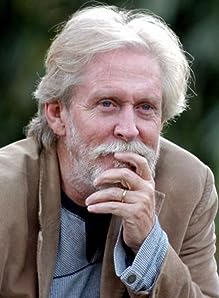 Tom Alter, the son and grandson of American Presbyterian missionaries who first came to India in 1916, grew up in north India in the towns of Rajpur and Mussoorie, and studied at Woodstock School. It was while teaching at a school in Jagadhri, Haryana in the early 1970s that Alter picked honed his Hindi and fell in love with the movies, in specific Indian cinema. In that era television was not common in India and so most people went to the movies, often several times a week.Alter was enamored by the films and in June 1972, after noticing a small classified ad in the newspaper, he enrolled at the prestigious prestigious Film and Television Institute of India of Pune. Alter was one of two people selected out of more than 1000 applicants that year and he learned his craft at the FTII, where he studied with the likes of Benjamin Gilani, Naseeruddin Shah, Shabana Azmi, Mithun Chakraborthy and others.After graduating from FTII, Alter headed straight to Bombay and soon got his first break in the Dev-Anand starrer 'Sahib Bahadur' directed by Chetan Anand. His first release, however, was Ramanand Sagar's 'Charas' in which he played the superstar Dharmendra's CID boss. Steady work came to Alter throughout the 1970s and 80s and he worked with luminaries such as V Shantaram, Raj Kapoor, Hrishikesh Mukherjee, Manmohan Desai, Manoj Kumar and Satjajit Rai as well as a host of lesser-known directors. He has also acted in regional cinema - Bengali, Assamese, Telegu, Tamil and Kumaoni films. Alter was witness to the coming of television to India and worked on the small screen in a number of popular serials, the biggest of which was the popular drama 'Junoon' which ran for five years. In it, he played the role of the mob lord Keshal Kalsi - KK, as he was famously known - and his performance earned rave reviews. During this same period Alter acted in the ensemble comedy 'Zabaan Sambhalke', another drama called 'Ghutan', and hosted the health-based talk show 'Mere Ghar Aana Zindagi'.Some of his most famous movie roles have been as Musa in Vidhu Vinod Chopra's acclaimed crime drama 'Parinda', Mahesh Bhatt's blockbuster romance 'Aashiqui', and Ketan Mehta's 'Sardar', in which Alter essayed the role of Lord Mountbatten. Alter has also accumulated a body of theatrical work, the most recent having been in the theatrical reproduction of William Dalrymple's 'City of Djinns' and the solo play 'Maulana', based on Maulana Azad for which he has received much critical acclaim. He has also received praise for his role in the art film 'Ocean of An Old Man', which has been screened at film festivals around the world. Among several international assignments was the opportunity to work with Peter O'Toole in the Hollywood film 'One Night With The King'.In addition to acting, Alter has also ventured into direction - he directed a one-shot episode for the short-lived series 'Yule Love Stories' in the mid-1990s - and was a sports journalist in the late 1980s to early 1990s. He has written three books, one non-fiction and two fiction, and in 2008 was awarded the prestigious Padma Shree by the Indian government in recognition for his services to the field of arts and cinema. - IMDb Mini Biography By: thegreatwhiteapesayssnuffissnuff

Amazon Video has the most number of Tom Alter’s flixes, followed by Amazon Prime Video compared to other streaming platforms. See the full graph below.

On average the IMDB score of the movies that Tom Alter has worked on is 6.2.

When darkness get strengthened to destroy the world, Suryanshis chose Shaktimaan in order to fight against the forces of evil.

The film is a satire on the fascination, nay, obsession of the Patels - a Gujarati farmer community - of migrating to the USA. Over the last half a century lakhs of Patels have migrated to ...

The film focuses on bullock cart driver Khader (Mammootty), a retired Corporal and World War I veteran, and Unni Krishnan (Suresh Gopi), a hardline nationalist revolutionary from a family ...

After a devastating Tsunami, a school-teacher struggles with the loss of his family and students.

Rahul and Anu fall in love with each other, but before they unite, they have their own problems to deal with.

A motley crew of university students set out on a journey in pursuit of a mythical form of hash, confronting a series of encounters that begin to unravel the myriad realities of rebellion.

Tells the story of Vikram (Rahul Roy), who after nearly getting killed by a cursed tiger starts to transform into a tiger himself every fullmoon and hunts for prey.