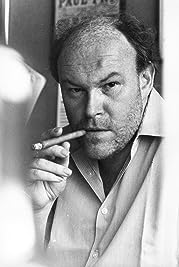 A versatile British actor noted for his great power and command on the classical stage and in several other mediums including radio, film and television, Timothy West was born on October 20, 1934 in Bradford, Yorkshire, England, the son of actors (Harry) Lockwood West and his wife Olive (Carleton-Crowe). Educated at John Lyon School and the Polytechnic, he first appeared on the stage in 1956 at the Wimbledon Theatre in a production of "Summertime". He then spent several seasons in repertory at such venues as Wimbledon, Newquay, Hull, Northampton, Worthing and Salisbury. He made his London debut at the Piccadilly Theatre in the comical farce "Caught Napping" in 1959.For the Royal Shakespeare Company and the Aldwych (in 1964), he appeared in "Afore Night Come" and "The Marat-Sade", in addition to building up his Shakespeare repertoire with roles in "The Merry Wives of Windsor", "Love's Labour's Lost", "The Merchant of Venice", "The Comedy of Errors" and "Timon of Athens". For the Prospect Theatre Company, he appeared he took on the Shakespearean roles of Prospero ("The Tempest"), Claudius ("Hamlet"), Bolingbroke ("Richard II") and Mortimer ("Edward II"), among others. He also played the noted historical figure Samuel Johnson in two plays.Along with definitive portrayals of Lear, Macbeth, Falstaff and Shylock, he became well-respected as a stage director. More recently, he directed a touring production of "H.M.S. Pinafore" while delightfully grandstanding in the role of Sir Joseph Porter. Other recent performances at age 70+ include "National Hero" and the title role in "The Life of Galileo".Cutting a grand and imposing Wellesian figure, his acclaimed work on television has included recreating a number of his classical characters. He has played kingly roles, such as his superb Edward VII in the epic miniseries Edward VII (1975), and essayed a number of notable historical figures such as Cardinal Wolsey in The Famous History of the Life of King Henry the Eight (1979), Soviet Premier Mikhail Gorbechev in Breakthrough at Reykjavik (1987) and Martin Luther (2002). He has portrayed Winston Churchill a number of times in such master productions as Churchill and the Generals (1979), The Last Bastion (1984) and Hiroshima (1995), while his extended gallery of greats have gone on to include Sir Thomas Beecham and Joseph Stalin.Although his star shines less bright on film, he has nevertheless contributed greatly over the years with marvelously stern and scowling character roles in such prestigious fare as Nikolaus und Alexandra (1971), Der Schakal (1973), Hedda Gabler (1975) (as Judge Brack), Das Geheimnis der Agatha Christie (1979), Schrei nach Freiheit (1987), Auf immer und ewig (1998) and Iris (2001).Long married to second wife actress/comedienne Prunella Scales, the couple have appeared together on stage over the years in such productions as "When We Are Married", "A Long Day's Journey Into Night", "The Birthday Party" and "The External". They have two sons, Joseph West (Joe) and Samuel West, the latter also an actor of note. Timothy's daughter Juliet is from his first marriage. A gifted raconteur, he is the author of several books, including "I'm Here I Think, Where are You?", a collection of letters written while on tour, his autobiography "A Moment Towards the End of the Play," and, his most recent, "So You Want to Be an Actor?" co-written with wife Prunella. In 1984, he was made Commander of the Order of the British Empire for his services to the profession and has received honorary doctorates from six different universities. - IMDb Mini Biography By: Gary Brumburgh / gr-home@pacbell.net

Amazon Video has the most number of Timothy West’s flixes, followed by Vudu compared to other streaming platforms. See the full graph below.

On average the IMDB score of the movies that Timothy West has worked on is 7.3.

A suspenseful tale about the injustices of the 19th Century English legal system.

A dramatization of the life of LGBTQ+ trailblazer, voracious learner and cryptic diarist Anne Lister, who returns to Halifax, West Yorkshire in 1832, determined to transform the fate of her faded ancestral home Shibden Hall.

Set during the half-hour before bedtime, this unique series goes behind closed doors to offer a revealing-and very funny-peek at the nighttime conversations between husbands and wives, fathers and sons, and more.

A father and son story, with a thriller motor. It explores a mystery from the past with a brutal and shocking revelation.

Martin Luther is born into a world dominated by the Catholic Church. For the keenly spiritual Luther, the Church's promise of salvation is irresistible. Caught in a thunderstorm and ...

A contemporary thriller focusing on a fostered teenager who's developed a vendetta against the former guardian of his foster brother. His actions, in redemption, spiral out of control ...