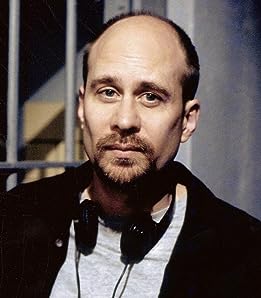 Terry Kinney, the stage, film and television actor, was born on January 29, 1954 in Lincoln, Illinois and attended Illinois State University. While at university, his friend, the aspiring actor Jeff Perry, took Kinney to Chicago to see a production of "Grease" in which his best friend, Gary Sinise, was appearing. The like-minded trio of Sinise, Perry and Kinney opened their own Chicago theatrical troupe, the Steppenwolf Theater, in 1973 in the basement of a church in Highland Park. The company's metamorphosis into one of the country's great regional theatrical companies began in 1976, after Kinney and Perry joined it full-time after graduating from college. The theater has, since 1976, put on a full season of ensemble works.The founders of Steppenwolf supported the theater and themselves with odd jobs until he company began financially self-supporting in the early 1980s. Re-located in the old St. Nicholas Theater, Steppenwolf's productions began to attract a steady audience. Steppenwolf flourished artistically and financially in the '80s, and moved once again to its permanent home at 1650 N. Halsted Street in Chicago.At the height of the company's fame, Kinney and Sinise were Steppenwolf's artistic co-directors, winning numerous awards, and even transferring some productions, such as their monumental adaptation of John Steinbeck's "The Grapes of Wrath", to Broadway. In addition to Kinney and Sinise, the company included such first rate actors as John Malkovich, Joan Allen and John Mahoney. As an actor, Kinney was nominated for a Tony Award for his appearance as the "Reverend Casey" in "Grapes".Kinney made his movie debut in 1985, with a bit part in Seven Minutes in Heaven (1985), and has been much in demand as a supporting actor ever since. On television, he had a small but recurring role on Nos plus belles années (1987) and appeared as a regular on the HBO prison drama Oz (1997). - IMDb Mini Biography By: Jon C. Hopwood

Amazon Video has the most number of Terry Kinney’s flixes, followed by Google Play Movies compared to other streaming platforms. See the full graph below.

On average the IMDB score of the movies that Terry Kinney has worked on is 6.5.

Letty Raines is a thief and con artist whose life is always one wrong turn, one bad decision, from implosion. Which is just how she likes it.

Darkly comedic drama focusing on the dysfunctional cops and staff of an infamous NYPD precinct.

A woman risks losing her chance of happiness with the only man she has ever loved.

A father and daughter decide to attempt to lead a flock of orphaned Canada Geese south by air.

A television series centered on Elizabeth Canterbury, a tough-minded defense attorney who isn't afraid to push boundaries in order to protect innocent clients.

An aging cowboy must choose between his desire to remain free and the responsibilities of maintaining a family.

Looks at the early years of America's most dashing president from his early childhood through his nomination for Congress.