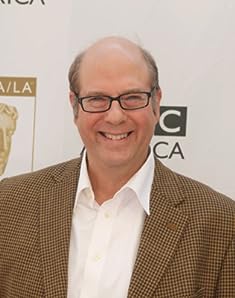 Character actor Stephen Tobolowsky was born on May 30, 1951 in Dallas, Texas. Over the past three decades, Tobolowsky has racked up a lengthy list of roles in movies and television across many different genres.While Tobolowsky initially attended Southern Methodist University in Dallas, Texas with the intention of studying geology, he was quickly drawn in to acting there. He later attended the University of Illinois for one year.Tobolowsky worked primarily in theater during his early career, and wrote and directed a few plays including "Two Idiots in Hollywood" and "True Stories". His film career took off in the 1980s, though, thanks to roles in Experiment Philadelphia (1984), En annorlunda tjej (1986), Det våras för rymden (1987), and Mississippi brinner (1988). Since then, Tobolowsky has appeared in many popular movies including Lovligt byte (1990), Iskallt begär (1992), Måndag hela veckan (1993), Radioland Murders (1994), Överlagt mord (1995), Mr. Magoo (1997), Insider (1999), Memento (2000), Freaky Friday (2003), Gustaf (2004) and Wild Hogs (2007). He has also done a substantial amount of voice work, most recently taking on the role of Uncle Ubb in Lorax (2012).Tobolowsky has been even more prolific in television over the past few decades. He's appeared on a diverse range of shows including Seinfeld (1989), Galen i dig (1992), Chicago Hope (1994), Advokaterna (1997) and Simma lugnt, Larry! (2000), and has had recurring roles on CSI: Miami (2002), Deadwood (2004), Heroes (2006), Californication (2007) and Glee (2009).Tobolowsky is married to fellow actor Ann Hearn. - IMDb Mini Biography By: Anonymous

Amazon Video has the most number of Stephen Tobolowsky’s flixes, followed by Google Play Movies compared to other streaming platforms. See the full graph below.

On average the IMDB score of the movies that Stephen Tobolowsky has worked on is 6.3.

A writer tries to juggle his career, his relationship with his daughter and his ex-girlfriend, as well as his appetite for beautiful women.

Follows three generations of the same Cuban-American family living in the same house: a newly divorced former military mother, her teenage daughter and tween son, and her old-school mother.

A weatherman finds himself inexplicably living the same day over and over again.

Follows two delusional brothers, who are self-proclaimed filmmakers, as they are kicked out of their parent's house and end up on an epic cinematic journey.

On his birthday, actor Stephen Tobolowsky shares a series of personal and professional stories.

Batman, Superman and Wonder Woman will lead the DC Super Heroes against their most infamous foes.

Actor Stephen Tobolowsky has acted in over 200 TV shows and films over the past 40 years, possessing one of the most dazzlingly diverse filmographies on the planet. But even more compelling...

A small but growing Texas town, filled with strange and musical characters, celebrates its sesquicentennial and converge on a local parade and talent show.