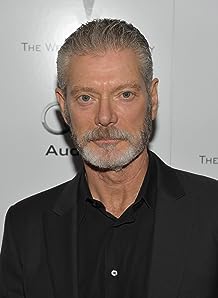 A stage actor of great recognition, Stephen Lang has shaped a formidable career on and off the various stages of the United States and abroad. Though he is arguably most well-known for his acclaimed performance in James Cameron's Avatar (2009), Lang began his career in theater. Broadway roles include his Tony-nominated performance as Lou in "The Speed of Darkness", Happy in the Dustin Hoffman revival of "Death of a Salesman", Colonel Jessep in "A Few Good Men", and Mike Tallman alongside Quentin Tarantino and Marisa Tomei in "Wait Until Dark".Off-Broadway credits include John Patrick Shanley's "Defiance", Anne Nelson's "The Guys", Arthur Miller's "Finishing the Picture" and his own play, "Beyond Glory", for which he received numerous accolades. The play premiered in Washington, D.C. and has played the Goodman Theatre in Chicago, the Roundabout in New York City and a USO tour to various military bases and battleships around the world. In the fall of 2010, Lang received the Patriot Award from the Medal of Honor Society in honor of his theatrical and charitable works for the United States military.Television and film credits include celebrated performances as Babe Ruth in Babe Ruth (1991), Stonewall Jackson in Gods and Generals (2003) as well as acclaimed performances in Last Exit to Brooklyn (1989), Tombstone (1993), Gettysburg (1993), Public Enemies (2009), Les chèvres du Pentagone (2009), Michael Mann's hit TV show Les incorruptibles de Chicago (1986) , the NBC revival of Le fugitif (2000), featuring Tim Daly, and Fox's sci-fi epic Terra Nova (2011).He has been nominated for and won numerous awards including the Grace Prize, Outer Critics Circle, Drama Desk, Helen Hayes, and Tony Awards, as well as acting prizes at 2010's VisionFest and the Buffalo Niagara Film Festival.Stephen was born in New York City, New York, to Theresa (Volmer) and Eugene Lang, a prominent businessperson and philanthropist. He is of Hungarian Jewish-German Jewish (father) and Irish-German Catholic (mother) descent. He is married to Kristina Watson, a costume designer and teacher, with whom he has four children. - IMDb Mini Biography By: Innovative Artists

Amazon Video has the most number of Stephen Lang’s flixes, followed by Vudu compared to other streaming platforms. See the full graph below.

On average the IMDB score of the movies that Stephen Lang has worked on is 6.0.

The saga of a Chicago police detective's efforts to stop a young hood's ruthless rise in the ranks of organized crime.

Inspired by a true story about a young German woman prepares to leave her war-ravaged city to begin a new life in America with her G.I. fiance. But standing between her and a hopeful future...

The story of the Medal of Honor - the highest U.S. award for valor in combat - is told through personal accounts of bravery and daring.

In 1863, the Northern and Southern forces fight at Gettysburg in the decisive battle of the American Civil War.

Follows acclaimed actor Stephen Lang as he tracks the ten year odyssey behind his one-man show about eight medal of honor recipients.

An aging traveling salesman recognizes the emptiness of his life and tries to fix it.