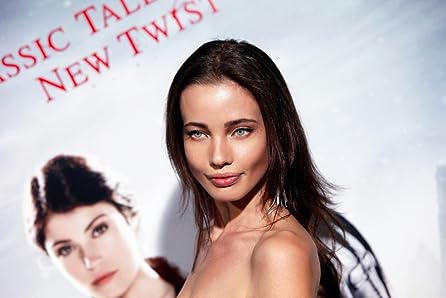 Stephanie Corneliussen (born April 28, 1987) is a Danish actress and model best known for her role as Joanna Wellick in Mr. Robot.Corneliussen was born in Copenhagen, Denmark. She attended Johannesskolen in Frederiksberg and studied ballet in Copenhagen. She has a degree in graphic design.She was discovered at age 13 and encouraged to enter the Supermodel of Scandinavia contest, which was orchestrated by Jacqueline Friis Mikkelsen, the CEO of Unique Models, an international modeling agency based in Copenhagen. She won the contest and subsequently began her international modeling career.Corneliussen is represented by Scoop Models in Copenhagen. While still expanding her modeling career, she began studying in the United Kingdom in 2007, and in 2011 she relocated to Los Angeles.Corneliussen has been on the cover of and featured in many magazines, including GQ, Vanity Fair, treats!, Vs., Playboy and Vogue. She has also appeared in several ad campaigns and commercials for brands like bebe, Armani, Dasani, Lexus and Nikon.She has had guest appearances on the USA Network medical drama series Royal Pains, the NBC sitcom Bad Judge and the TV Land sitcom The Exes.On July 30, 2012, Corneliussen appeared in Matchbox Twenty's official video for She's So Mean as the mayhem wielding girl.For the American anthology horror television series American Horror Story, Corneliussen portrayed the "White Nun", the face representing the second season, subtitled Asylum. In 2013, she appeared in the film Hansel and Gretel: Witch Hunters, and the following year she portrayed Tatiana in HBO's Emmy Award nominated TV film Hello Ladies.In 2015, Corneliussen was cast in a recurring role in the USA Network drama-thriller television series Mr. Robot, playing the character of Joanna Wellick. The pilot premiered on May 27, 2015. The show has received critical acclaim and has been nominated for multiple awards, winning the 2015 Golden Globe Award for Best Television Series - Drama. Mr. Robot was picked up for a second season.In September 2015, it was announced that Corneliussen had been cast as Valentina Vostok in the CW series DC's Legends of Tomorrow, a spin-off of Arrow and The Flash.In March 2016, Corneliussen was promoted to series regular and added to the main cast of Mr. Robot.In 2018, she was cast as the mysterious antagonist in the television series "Deception". - IMDb Mini Biography By: ahmetkozan

Amazon Video has the most number of Stephanie Corneliussen’s flixes, followed by undefined compared to other streaming platforms. See the full graph below.

On average the IMDB score of the movies that Stephanie Corneliussen has worked on is 8.0.

A famed magician uses his skills of deception to assist the FBI in solving high-profile cases.