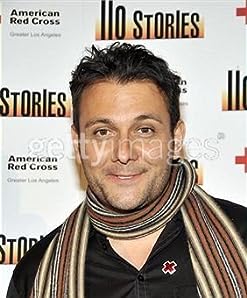 Amazon Video has the most number of Stelio Savante’s flixes, followed by Vudu compared to other streaming platforms. See the full graph below.

On average the IMDB score of the movies that Stelio Savante has worked on is 5.2.

The Coldest Winter is a WWII Battle of the Bulge story that tells the tale of an American Soldier, and a German soldier, both left for dead, who awaken on the battlefield only to find ...

An American man, played by Jim Caviezel, is kidnapped after a friend invites him to Cairo to speak out about recent militant uprisings. His wife heads to the city after hearing the news, determined to get him back.

Drama,Family,Romance
Where the Road Runs Out (2014)

George, a scientist living in Rotterdam is growing wary of the world of academia. The sudden death of an old friend is the incentive he needs to return to his African roots where he takes ...

As a means to distract herself from an affair, a love-addicted woman befriends a cleaning lady, badly scarred by burns. She soon learns, these scars run much deeper than the surface.

Two siblings try to bring a dolphin separated from his family back home.

To avoid time in jail, three wily men agree to be ministers at a local church. While bungling through their duties, they uncover a greedy plot to steal from the church.

A brave Army dog returns to the U.S., where he helps his heroic handler bond with his resentful daughter on a camping trip despite danger lurking around every corner.