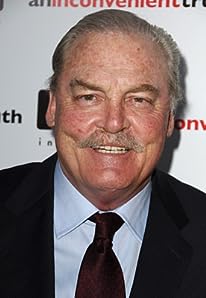 Amazon Video has the most number of Stacy Keach’s flixes, followed by Google Play Movies compared to other streaming platforms. See the full graph below.

On average the IMDB score of the movies that Stacy Keach has worked on is 6.3.

The history of these beautiful Islands from their creation as uprising lava to their being studied by Darwin to their modern day inhabitants.

A former heavyweight boxing champion struggles to find his identity after retiring from the ring.

Adapted from Arthur Miller's play, film focuses on a group of Frenchmen who are detained at Vichy, the capital of France while under Nazi occupation, and "investigated" under suspicion of secretly being Jewish.

A look at the first years of Pixar Animation Studios - from the success of "Toy Story" and Pixar's promotion of talented people, to the building of its East Bay campus, the company's ...

Action,Adventure,Animation
Batman: Mask of the Phantasm (1993)

Batman is wrongly implicated in a series of murders of mob bosses actually done by a new vigilante assassin.

Explores the myth and the man behind it.