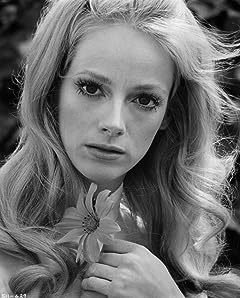 Amazon Video has the most number of Sondra Locke’s flixes, followed by YouTube compared to other streaming platforms. See the full graph below.

On average the IMDB score of the movies that Sondra Locke has worked on is 6.0.

A rape victim is exacting revenge on her aggressors in a small town outside San Francisco. "Dirty" Harry Callahan, on suspension for angering his superiors (again), is assigned to the case.

A hard but mediocre cop is assigned to escort a prostitute into custody from Las Vegas to Phoenix, so that she can testify in a mob trial. But a lot of people are literally betting that they won't make it into town alive.

Action,Comedy
Every Which Way but Loose (1978)

A social misfit uses his only friends, his pet rats, to exact revenge on his tormentors.

An idealistic, modern-day cowboy struggles to keep his Wild West show afloat in the face of hard luck and waning interest.

A trucker turned prize fighter, his brother and their pet orangutan have a series of misadventures involving the mob, corrupt cops, motorcycle gangs and pretty dames.