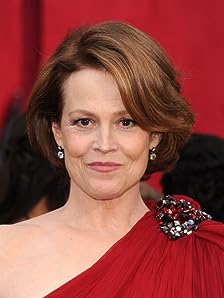 Amazon Video has the most number of Sigourney Weaver’s flixes, followed by Vudu compared to other streaming platforms. See the full graph below.

On average the IMDB score of the movies that Sigourney Weaver has worked on is 6.9.

Emmy Award-winning, 11 episodes, five years in the making, the most expensive nature documentary series ever commissioned by the BBC, and the first to be filmed in high definition.

After a space merchant vessel receives an unknown transmission as a distress call, one of the crew is attacked by a mysterious life form and they soon realize that its life cycle has merely begun.

Ellen Ripley is rescued by a deep salvage team after being in hypersleep for 57 years. The moon that the Nostromo visited has been colonized, but contact is lost. This time, colonial marines have impressive firepower, but will that be enough?

Documentary,Mystery
Search for the Afghan Girl (2003)

The fascinating journey to find the mysterious "Afghan Girl" whose haunting gaze captivated the world in a NATIONAL GEOGRAPHIC magazine cover.

True story of Mary Griffith, gay rights crusader, whose teenage son committed suicide due to her religious intolerance. Based on the book of the same title by Leroy Aarons.

The story of Dian Fossey, a scientist who fought to protect the vanishing African mountain gorillas, which was found brutally killed in 1985.

A paraplegic Marine dispatched to the moon Pandora on a unique mission becomes torn between following his orders and protecting the world he feels is his home.