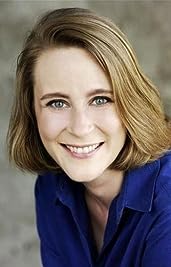 HiDive has the most number of Shannon Emerick’s flixes, followed by Amazon Video compared to other streaming platforms. See the full graph below.

On average the IMDB score of the movies that Shannon Emerick has worked on is 6.8.

A sequel to the recently wrapped anime based on the Key Clannad franchise. After Story is a path that opens in the original visual novel after all the other paths have been opened. Life ...

A girl and her robot companion search for her mother, who's lost within a vast chasm.

Her whole life, Hikari Hanazono has been consumed with the desire to win against her school rival in S.A class, Kei Takishima at anything. However, Kei's feelings towards Hikari are different.

A group of people are resurrected from their deaths by a mysterious black ball called GANTZ to combat alien criminals hiding on Earth.

A socially inept girl, Ririchiyo, seeks seclusion from others to attempt to improve herself and hence moves to a building that is rumoured to house the rich and powerful, when in fact it is...

Riki was a child when his parents died, leaving him hopeless and depressed. What saved him was a group of four kids calling themselves the Little Busters. They took Riki out and played with...

Loki is the Norse god of mischief. Banished by Odin, Loki is forced to take the form of a human child. The only way he can return to the realm of the gods is by collecting the evil auras ...