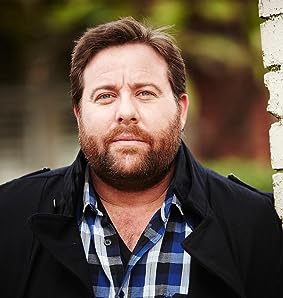 Shane Jacobson is one of Australia's most loved, award-winning actors, presenters and entertainers. His incredible and varied career spans over 40 years both here at home and internationally.The successful film Kenny (2006) brought Shane world-wide recognition as well as an AFI Award for best lead actor. Shane's subsequent credits include: Cactus (2008) with Bryan Brown, Charlie & Boots (2009) with Paul Hogan, the animated Santa's Apprentice (2010) with Delta Goodrem, Surviving Georgia (2011) WITH Holly Valance and Pia Miranda, Hollywood blockbuster The Bourne Legacy (2012) with Jeremy Renner, Edward Norton and Academy Award winner Rachel Weisz, the hugely popular Oddball (2015), with Sarah Snook and Deborah Mailman, The Dressmaker (2015) with Kate Winslet, Judy Davis, Liam Hemsworth and Hugo Weaving, The BBQ (2018) with Magda Szubanski, That's Not My Dog! (2018), 7 Guardians of the Tomb (2018) with Kelsey Grammer, Brothers' Nest (2018) with his brother Clayton Jacobson and in Bruce Beresford's Ladies in Black (2018). Shane is soon to be seen in the films: The Very Excellent Mr Dundee with Paul Hogan, Chevy Chase and John Cleese and Never Too Late with James Cromwell, Jacki Weaver and Jack Thompson.As a TV Host, presenter and actor, Shane's appearances have been numerous and varied. Some of his shows have included hosting and presenting at the Australian Film Institute Awards (2010), Top Gear Australia (2010, 2011), The Great Australian Bake Off (2013), The Logies (2015, 2018) and Little Big Shots (2017 & 2018) as well as telemovies Beaconsfield (2012), The Mystery of the Hansom Cab (2012) and Jack Irish (2012, 2013, 2016 & 2018) with Guy Pearce , to roles in TV series like Kenny's World (2007), The Time of Our Lives (2012, 2014), Fat Tony & Co (2014), Open Slather (2015) and appearing in reality TV shows: The Real Full Monty (2018), The All New Monty (2019) and Australia's Got Talent (2019). Shane will soon appear in the Seven TV show: Mates on a Mission.Shane's stage career has been just as successful. On stage, he has received a Helpmann Award for Best Male in a Supporting Role for 'Nicely Nicely' in the 2008 revival of the musical Guys and Dolls. Some of Shane's other on-stage roles include: The Drowsy Chaperone (2010) with Geoffrey Rush, QI Live (2011) with Stephen Fry, 8 The Play (2012), Shane Warne - The Musical (2013) and Mother & Son (2014) with Noeline Brown and The Rocky Horror Show (2018) with Todd McKenney.As an author, Shane has penned his best-selling bio The Long Road to Overnight Success and most recently his exploration of his life as a motoring tragic in his second book, Rev Head. - IMDb Mini Biography By: Nicole Bardy, Shane's personal manager

Amazon Video has the most number of Shane Jacobson’s flixes, followed by Vudu compared to other streaming platforms. See the full graph below.

On average the IMDB score of the movies that Shane Jacobson has worked on is 6.4.

Paul Hogan opens the door to his private and public life. Joining him and asking the questions we all want to ask is his good friend, Shane Jacobson. Together they talk life, love and ...

The lives of family and friends who go through a variety of ups and downs.

Jack is engaged to find a missing person, only to be later framed for his murder. Jack is quickly caught up in a complex web of powerful vested interests that stretches from his home town of Fitzroy to a remote village in the Philippines.

This hilarious mockumentary film follows the numerous misadventures of a porta-john worker through both his personal and professional life, including an oddly glamorous excursion to the Pumper and Cleaner Expo in Nashville, TN.

A mini-series that uncovers the story of one of Australia's most notorious criminals, Tony Mokbel.

The true story of Brant Webb and Todd Russell, who were trapped nearly a kilometer below the surface.

An eccentric chicken farmer, with the help of his granddaughter, trains his mischievous dog Oddball to protect a penguin sanctuary from fox attacks in an attempt to reunite his family and save their seaside town.