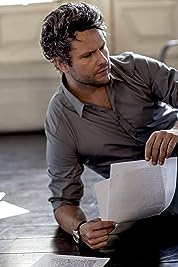 Selton Mello is a Brazilian actor, director, and screenwriter.Beginning his career in television during childhood, Mello is today one of Brazil's most prominent and critically acclaimed artists - with an extensive body of work in theater, cinema, and other creative fronts.Mello played leading roles in To the Left of the Father, directed by Luiz Fernando Carvalho; Lisbela and the Prisoner, directed by Guel Arraes (more than 3.5 million tickets sold); A Dog's Will, directed by Guel Arraes (more than 2.5 million tickets sold); Drained, directed by Heitor Dhalia; My Name Ain't Johnny, directed by Mauro Lima (more than 2.5 million tickets sold); and Four Days in September, directed by Bruno Barreto and nominated for an Oscar in the category of Best Foreign Language Film in 1997.For his work in To the Left of the Father, Mello won Best Actor at the Habana Film Festival in Cuba, the Brasília International Film Festival in Brazil, the Lleida Latin-American Film Festival in Spain, and the Lima Latin-American Film Festival in Peru. He took home the Cinema Brazil Grand Prize for both Lisbela and the Prisoner and My Name Ain't Johnny. The latter earned him Best Actor at the Miami International Film Festival. For Drained, Mello won Best Actor at the Rio International Film Festival, the Punta Del Este International Film Festival, and the Guadalajara Film Festival.Mello began his career behind the camera as a director of music videos, documentaries, and TV shows.In 2006, he directed his first short film, When the Time Falls, which was selected for competitive screenings at the Gramado Film Fest, Rio International Film Festival, São Paulo International Film Festival, and the Guadalajara Film Festival.The feature-length December, applauded by critics in Brazil and around the world, marked Mello's directional debut for the big screen. This film won more than 20 awards at the Paulínia, Goiania, Curitiba, and other Brazilian film festivals.Mello also received the Special Jury Prize in Imola, Italy; three awards at the Los Angeles Brazilian Film Festival; Best Director and Best Screenplay at the 7th Cine Cero Latitud Festival in Ecuador; and Best Cinematography at both the Lima Latin-American Film Festival in Peru and the XI Ibero-American Film Festival of Santa Cruz.In 2011, Mello acted in and co-directed the TV series The Invisible Woman, based on the movie of the same name. The series won an International Emmy Award in 2012 for Best TV Comedy.In 2012, he directed Sessão de Terapia, the Brazilian version of In Treatment (BeTipul ). The original Israeli TV drama, written by Hagai Levi, has aired in over 25 countries.For his second feature film, The Clown, Mello worked as director, co-writer, and co-editor - and starred in the leading role. Released in October of 2011, the film achieved the milestone of 1.5 million viewers and earned high marks from critics - receiving over 40 awards in Brazil and worldwide, including Best Director in Paulínia, from the APCA (Paulista Association of Art Critics), and at the 38th SESC Film Fest, where it was awarded Best Film by judges and the viewing audience.The Clown won the Cinema Brazil Grand Prize in 2012. It placed first in 12 categories - a record that has assured its place in history as one of the most successful Brazilian films ever made. In 2013, The Clown was chosen to represent Brazil in the selection of Best Foreign Language Film nominees for The Oscars.In 2017, Mello released his third feature-length film, The Movie of My Life, based on A Distant Father by prize-winning Chilean novelist Antonio Skármeta, author of Il Postino. Starring Mello, alongside French actor Vincent Cassel, the film has received high marks from critics and viewing audiences and represented Brazil in the 2017 Rome Film Fest.Mello currently stars in the Netflix series The Mechanism, created and directed by José Padilha, the creative mind behind Narcos and Elite Squad. - IMDb Mini Biography By: Denise Emmermacher

Tubi TV has the most number of Selton Mello’s flixes, followed by Hoopla compared to other streaming platforms. See the full graph below.

On average the IMDB score of the movies that Selton Mello has worked on is 7.0.

Dramatic fiction series loosely inspired by an investigation of corruption in Brazil's private and state oil companies and construction companies.

Young Tony decides to return to his hometown. There, he discovers his father has returned to France claiming to miss his friends and country of origin. Tony ends up becoming a teacher, and finds himself amid conflicts and inexperience.

Diego is a film director very close to death, surrounded by people who are having trouble dealing with his current tempestuous mood. Chances are he won't survive, but if he does, that means he needs to relearn how to live.

Lino works as an entertainer at children's parties, but he can't stand the way children treat him, making fun of him because he works in a cat's costume. Determined to change his life, he ...

A dangerous drug lord operates in Brasilia, the federal capital of Brazil. To capture him, the police will do whatever is necessary. Caught in the middle is a frightened population. "...