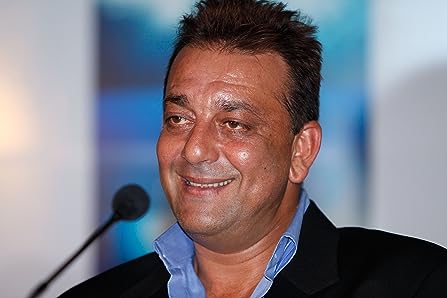 Sanjay Dutt, son of Nargis and Sunil Dutt, was first featured in Rocky (1981), the movie was a box office hit.Sanjay's personal life was exacerbated by drug problems, and he later lost his wife Richa Sharma, to cancer. He was also arrested for having illegal weapons, and was imprisoned. After his release, he appeared in three consecutive hits; Daag: The Fire (1999), Haseena Maan Jaayegi (1999) and Vaastav Vaastav: The Reality (1999), His performance in Vaastav Vaastav: The Reality (1999) earned him many Best Actor Popular awards, including FilmFare.Sanjay then appeared in many movies such as Mission Kashmir (2000), Munna Bhai M.B.B.S. (2003) and Lage Raho Munna Bhai (2006) which also earned him many awards.Recently a biopic on his life was made called Sanju (2018). - IMDb Mini Biography By: Moi-me

Amazon Video has the most number of Sanjay Dutt’s flixes, followed by Amazon Prime Video compared to other streaming platforms. See the full graph below.

On average the IMDB score of the movies that Sanjay Dutt has worked on is 5.1.

The blood-soaked land of Kolar Gold Fields (KGF) Has a new overlord now. Rocky, whose name strikes fear in the heart of his foes. His allies look up to Rocky as their Savior, the government...

An alien on Earth loses the only device he can use to communicate with his spaceship. His innocent nature and child-like questions force the country to evaluate the impact of religion on its people.

A gangster sets out to fulfill his father's dream of becoming a doctor.

Munna Bhai embarks on a journey with Mahatma Gandhi in order to fight against a corrupt property dealer.

Consequences force an innocent man to get involved in crime after making an error.

Set in the 1800s pre-Independence India, the film is an Indian adaptation of Howard Pyle's "Merry Adventures of Robin Hood".

Four lazy slacker conmen buddies who are jobless, homeless and broke learn about the secret of a hidden treasure from a dying thief and later embark on a race against time to find the mobster's buried treasure and claim it while being pursued by a determined police inspector who is hellbent to get the treasure all by himself.

The lifelong romance between Lolita (Balan) and Shekar (Khan) is upset by the arrival of another man.