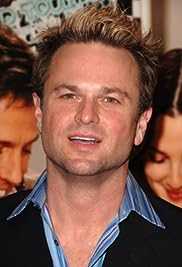 Sam Harris' diversified career has run the gamut from actor on Broadway, film and television to writer, singer and songwriter to director and producer. And now author.Known as "the original American Idol" Sam pulled a weekly audience of more than 25 million viewers, going on to win "Star Search" in its premier season, Harris and his powerhouse pop, gospel and theater influenced vocals have never looked back.His debut album "Sam Harris" and the follow-up "Sam-I-Am" both sold over a million copies. "Standard Time" and "Different Stages" (produced and conducted by the legendary Peter Matz), have been listed on numerous "Top 100 Records of All Time" lists. Other CDs include "The Best of the Motown Sessions", "Revial", "On This Night", "Always", and "Sam Harris Live! - The Best of Christmas." His most recent CD is "Free" and features original songs, including "Change Is On The Way," which was written for and utilized by the Barack Obama Campaign. He can also be heard on numerous concert, guest artist and cast recordings.Sam has toured extensively in concert and has played to sold-out audiences at major venues including New York's Carnegie Hall, Los Angeles' Universal Amphitheatre, London's West End and with The Boston Pops.On Broadway, Sam received a Drama Desk nomination for his role in Tommy Tune's "Grease" and a Drama-League Award as well as Tony, Outer Critic's Circle and Drama Desk nominations for his work in Cy Coleman's "The Life." He also appeared on Broadway in the Mel Brooks musical, "The Producers" and in an extensive National Tour of Andrew Lloyd Webber's Broadway production of "Joseph and the Amazing Techincolor Dreamcoat."Sam has also starred in such musicals as "Jolson," "The First Wives Club," "Jesus Christ Superstar," "Cabaret", "Hair", "Pippin", "The Jazz Singer", and the self penned shows "Hard Copy", "Different Hats", "Revival", and the smash hit one man show "Sam". in Los Angeles, which was the most critically acclaimed and celebrated show of its season. Recently, he and long time friend, Liza Minnelli mounted "Schmooli & Minnolli" - a concert of duets based on their close friendship and the songs they love.Sam has appeared at The White House, on numerous television specials and live productions, and has guested on virtually every talk show, his favorite in an historic time, when he performed a stirring "You'll Never Walk Alone" on "The Oprah Winfrey Show" in the week following September 11th.Behind the scenes, Sam wrote the TBS sit-com, "Down to Earth," which ran for 4 years, and the Los Angeles produced musical "Hurry! Hurry! Hollywood!" (both with Bruce H. Newberg.) He also co-produced the television special "Love Letter to New York" and supervised/directed several segments of the CBS Special "Michael Jackson's 30th Year Anniversary" at Madison Square Garden. He also created and directed "New York's Finest - Broadway's Leading Men" to critical acclaim.Sam co-starred on the CBS half hour comedy - "The Class." Liz Smith called him "The comic breakout character of the season!" He continues to tour in concert and makes regular appearances on talks shows and as a guest star on episodic television ranging from the comic "Rules of Engagement" to the dramatic "CSI:. He can be found on his popular vlog channel Samtube.com and also continues to publish his comic and political essays and donates his time to a number of charities.His book, "HAM: Slices of a Life" (Simon & Schuster) is a collection of stories and essays will be released in January of 2014. Sam is married to successful businessman, Danny Jacobsen, and they are the proud fathers of Cooper Harris-Jacobsen. - IMDb Mini Biography By: michael agostino

Microsoft Store has the most number of Sam Harris’s flixes, followed by Amazon Video compared to other streaming platforms. See the full graph below.

On average the IMDB score of the movies that Sam Harris has worked on is 7.0.

Little man is the story of how a micro-preemie brought a family to its knees.  Throughout his struggle for life, so struggle filmmaker, Nicole Conn and political activist Gwen Baba to keep ...

Fate brings two diversely different women together, and sets them on a collision course that will shatter their preconceived notions about love, life and the power of one's soul.