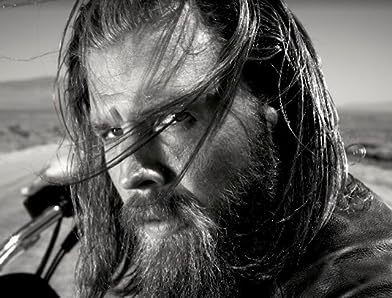 Ryan Douglas Hurst (born June 19, 1976) is an American actor, best known for his roles as Gerry Bertier in Disney's Remember the Titans, Tom Clark in Taken, Opie Winston in the FX network drama series Sons of Anarchy, as Sergeant Ernie Savage in We Were Soldiers, and as Chick in Bates Motel.Hurst was born in Santa Monica, California, the son of Candace Kaniecki, an acting coach, and Rick Hurst, an actor. He attended Santa Monica High School.Growing up in a Hollywood family, Hurst made a very early start in show business, with a recurring role in the NBC teen situation comedy series Saved by the Bell: The New Class. In the 1998 epic war drama film Saving Private Ryan, Hurst portrayed Mandelsohn, a paratrooper who, because of temporary hearing loss, cannot understand Captain Miller's (Tom Hanks) questions about sighting Private Ryan, which forces Miller to ask the questions in writing. Additionally, he appeared in the 2002 war film We Were Soldiers as Sgt. Ernie Savage, played the football player Lump Hudson in the black comedy thriller film The Ladykillers (2004), and starred in the TNT police drama series Wanted (2005). From 2005 to 2007, Hurst gained recognition for portraying the recurring role of Allison DuBois' half-brother, Michael Benoit, in NBC's supernatural procedural drama series Medium.Hurst's big break came when he was cast as Opie Winston in the FX crime drama series Sons of Anarchy. Originally a recurring cast member in the first season, he was promoted to main cast member for the following season and went on to become a fan favorite. His character, newly released from a five-year prison stint and "living right", but not making ends meet, goes back to Samcro to provide for his family, despite his wife's objections and his knowing the risks. Hurst's portrayal of Opie earned him the 2011 Satellite Award for Best Supporting Actor - Series, Miniseries or Television Film. Also in 2011, Hurst voiced Jedidiah in the animated box office hit Rango. Also stars in the series, Outsiders. It was announced in August 2018 that he will star as Beta on The Walking Dead.In 1994, Hurst met Molly Cookson and the couple married in May 2005. Together, they founded the production company Fast Shoes. In April 2013, Hurst purchased a 3,400 square-foot home in Woodland Hills, California for $1.71 million. - IMDb Mini Biography By: ahmetkozan

Amazon Video has the most number of Ryan Hurst’s flixes, followed by Vudu compared to other streaming platforms. See the full graph below.

On average the IMDB score of the movies that Ryan Hurst has worked on is 6.9.

Follows "The Walking Dead" star and motorcycle enthusiast Norman Reedus as he hits the open road to explore local biker culture and celebrate the best and brightest collectors, mechanics and craftsmen around the country.

The true story of a newly appointed African-American coach and his high school team on their first season as a racially integrated unit.

Two brothers in their 20's become millionaires, and almost lose everything to an over-zealous bureaucrat.

An elite team of crime fighters from various federal and local law enforcement agencies track down the city's 100 most wanted fugitives.

A story of struggle for power set in the rugged and mysterious hills of Appalachia.

Sean King and Michelle Maxwell aren't your typical pair of private investigators. Both are former Secret Service agents, and their unique skill set (not to mention their razor-sharp ...

Earl's engaged to his step-sister Baby. Baby has entrusted him to take care of her misfit cousin Junior. Baby is also intent on leaving Texas for LA on Tuesday. When Junior and his recently...