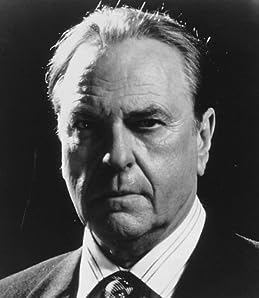 Rip Torn was born Elmore Rual Torn Jr. on February 6, 1931 in Temple, Texas, the son of Thelma Mary (Spacek) and Elmore Rudolph Torn, who was an agriculturalist and economist, credited with popularizing the custom of eating black-eyes peas on New Year's Day. "Rip" is a family name, taken by generations of Torn men and bestowed on Elmore by his father, who was also called "Rip." He was of German, Austrian, Bohemian, and Moravian descent. His mother was an elder sister of actress Sissy Spacek's father, Edwin Spacek.Torn attended Texas A&M and the University of Texas, , where he joined Sigma Chi Fraternity. He majored in animal husbandry. Extremely naïf when he was young, Torn hitchhiked to Hollywood with the idea of becoming a movie star; he wanted to make enough money in order to buy a ranch. Success did not come overnight, as he had hoped, and Torn had to work many odd jobs while occasionally being cast in television roles. He made his feature film debut in Elia Kazan's La poupée de chair (1956) in a small part.Serious about learning his craft, he moved to New York City where he studied under Lee Strasberg at the Actors Studio. Torn also studied dance with Martha Graham. His serious acting career began on the small screen, where he made a name for himself in the Golden Age of Television; between 1957 and 1960, he appeared regularly on such prestigious live shows as Omnibus (1952) and Playhouse 90 (1956).Torn made his Broadway debut in Kazan's staging of Tennessee Williams' "Sweet Bird of Youth" on March 10, 1959, in support of Paul Newman, Sidney Blackmer and Geraldine Page, who would become his second wife. The play was a hit, closing on January 30, 1960 after 375 performances. He won a 1960 Tony Award nomination as Best Featured Actor in a Play and a Theater World award for his role as "Tom, Jr.", a role he recreated in the 1962 film. (Torn also starred as "Boss Finley" in a later television adaptation of the play).Torn earned a reputation as an actor's actor on stage, both Broadway and off-Broadway, as well as on screen. He continued to work in the New York theater despite his demanding TV and movie schedule as both an actor and director. He won two Obie awards for his work off-Broadway, for Distinguished Performance in Norman Mailer's "The Deer Park" (for the 1966-67 season), and for Distinguished Direction for "The Beard" (1967-68). He had his own stage company, and directed his daughter Angelica Page (by Geraldine Page) in John Paul Alexander's "Strangers in the Land of Canaan" at the Actors Studio. Torn made his feature film directorial debut with Allo, je craque (1988).He was constantly in demand as a character actor, in supporting, second lead and occasional lead roles. Arguably his best performance on film came in Payday (1973), and he was nominated for a best supporting actor Oscar for Cross Creek (1983). Most of Torn's roles were in drama, though he was adept at comedy. His role in Albert Brooks' comedy Rendez-vous au paradis (1991) led to his being cast in The Larry Sanders Show (1992), on which he played talk show producer "Artie." Torn won six consecutive Emmy nominations for the role, winning once for Best Supporting Actor in a comedy series in 1996.Torn was married to actress Ann Wedgeworth from 1956-61, whom he divorced to marry Geraldine Page. They remained married until her death in 1987. He was married to Amy Wright until his death. Torn helped his first cousin, Oscar-winner Sissy Spacek, to make her way as an actress, seeing to it that she was accepted by the Lee Strasberg's Actors Studio and then the Lee Strasberg Institute.Rip Torn died in on July 9, 2019 in Lakeville, Connecticut, aged 88. - IMDb Mini Biography By: Jon C. Hopwood

Amazon Video has the most number of Rip Torn’s flixes, followed by Google Play Movies compared to other streaming platforms. See the full graph below.

On average the IMDB score of the movies that Rip Torn has worked on is 6.2.

A comedic behind the scenes look at a late night talk show.

A widow with a young daughter travels to a ranch in Wyoming to manage the household of a rancher. After a while the man and woman develop a relationship that leads to a marriage. But life in the harsh place takes its toll.

In an afterlife way station resembling a block of hotels, the lives of the recently-deceased are examined in a court-like setting.

In 1930's Marjorie Kinnan Rawlings moves to Florida's backwaters to write in peace. She feels bothered by affectionate men, editor and confused neighbors, but soon she connects and writes The Yearling, a classic of American literature.

When a young female doctor notices an unnatural amount of comas occurring in her hospital she uncovers a horrible conspiracy.

A group of misfits enter a Las Vegas dodgeball tournament in order to save their cherished local gym from the onslaught of a corporate health fitness chain.

An alien must pose as a human to save his dying planet, but a woman and greed of other men create complications.