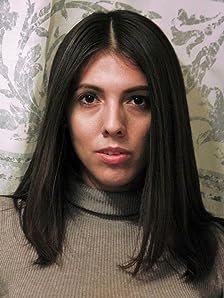 Four-time "Best Actress" winner and international producer and casting director, Rene Michelle Aranda, was born in Whittier, California on December 6, 1990 and raised in Chino Hills, California. While multi-racial, she is predominantly Native American with heaviest traces of European descent from Spain.Though her native tongue is English, Aranda has worked on Spanish-speaking productions distributed by Univision and Cinelatino. More broadly, Ren has made television and movie appearances on major networks including Netflix, Syfy, Discovery I.D., Starz, ION, and Lifetime, among others. She is well known for her work as a Hollywood TV Cops regular and through Hollywood & Vine Talent Casting. She has made special guest appearances on various talk shows, has been featured in music videos by the likes of YG, ScHoolboy Q and Bobo Norco, and is known in the vlogging community as the sister to YouTube celebrity Michael Aranda. Her music can be found on platforms across the web and in feature film Boris and the Bombs, which she also acts.Ren's pursuit of an Entertainment Industry career began in 2003 at an Introduction to the Theater class at Robert O. Townsend Junior High School at the age of 12. She graduated Ruben S. Ayala High School in the class of 2009 with over a dozen awards from the school's drama department, including two-time Most Inspirational and two-time Actor of the Year, as well as the first 'Lifetime Achievement Award' in the history of the school's program; It was founded in her honor. The Thespian Arts Theatre Festival she founded her senior year continues annually at the high school and inspired other departments campus-wide to celebrate talent shows of their own.In the Fall following her high school graduation, Ren moved to Los Angeles to attend the 3-year, audition-only conservatory, the LACC Theatre Academy. The Academy's other notable alumni include Morgan Freeman, Mark Hamill, Cindy Williams and Donna Reed. During Aranda's attendance there, she won National recognition and was presented with the 1st annual "Outstanding Performance by an Actress" award at the John F. Kennedy Center for the Performing Arts in Washington, D.C. She was later recognized again for this role in BuzzFeed Community's article, "17 Trail-Blazing Bald Beauties In Hollywood", along with Persis Khambatta, Angelina Jolie-Pitt, Ellen Page and more.She founded the production company Starpark Studios in 2008, making it an LLC in 2013. - IMDb Mini Biography By: Starpark Studios

Amazon Video has the most number of Rene Aranda’s flixes, followed by DIRECTV compared to other streaming platforms. See the full graph below.

On average the IMDB score of the movies that Rene Aranda has worked on is 6.7.

These are the incredible stories of real people taking EXTREME MEASURES to solve the murder of a loved one. Those tormented by the past do everything the investigation requires for answers....

Chilling stories of chasing the American dream and how the veneer can dramatically crumble, ending in murder at the hands of a trusted family member, co-worker, lover, or friend.

Crime,Documentary
What Happened in Vegas (2017)

Ramsey Denison investigates a terrifying pattern of police corruption and discovers that behind the shimmering surface of Las Vegas lies a police department with individuals willing to go to any lengths to cover up crimes.

Two brothers witness the murder of their mother. Some time later one of them will become priest and the other a policeman, the policeman with one purpose: to find the murderer of his mother.

An African American woman has an encounter with a white police officer that leaves him dead. The world watches a media circus real-time hunt for her and the truth.