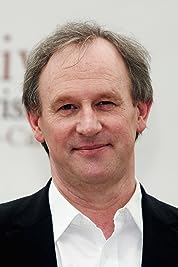 Amazon Video has the most number of Peter Davison’s flixes, followed by BritBox compared to other streaming platforms. See the full graph below.

On average the IMDB score of the movies that Peter Davison has worked on is 7.3.

Documentary series following the work of the staff of Skeldale Veterinary Centre in Thirsk, North Yorkshire - once the practice of James Herriot.

Christopher Timothy and Peter Davison get behind the wheel of the 1936 designed Morgan 4/4 and set out on a series of road trips along some of Britain's most beautiful vintage roads.

Comedy,Drama
All Creatures Great and Small (1978)

The trials and misadventures of the staff of a country veterinary office in 1940's Yorkshire.

A filmed recording of a live performance of the Chichester Festival Theatre revival, which played at the Savoy from April till November 2015.

"Dangerous" Davies always gets the cases no one else wants, and no one notices when he eventually succeeds. But his old-fashioned decency and dogged determination have won him legions of loyal fans.

Paired with her reliable and devoted chauffeur, Mrs Bradley's finely honed skills of investigation seek out the truth behind the mysteries surrounding a death at the opera, crimes of passion at a circus, poisoning and family secrets.

In 1930s England, a man from an aristocratic family takes up the pseudonym Albert Campion and, with the help of his ex-burglar manservant, solves mysteries.

UK version of the long-running U.S. TV drama that tells the stories of two separate yet equally important groups: the police, who investigate crime; and the attorneys, who prosecute the offenders.