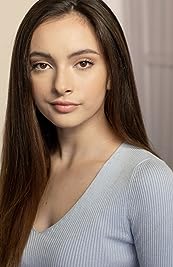 Paris Bravo was born on 2005 in Orlando, Florida to Tony and Jessica Bravo. Paris has one brother Christian and two sisters Johanna and Julianna. Paris talents range: Actress, Model, Stunts & falls, Body Double, Voice Over, Martial Artist, Weapons (Sword, Kamas, Bo, Nun-Chucks and Board Breaking) MMA/BJJ, Kick Boxing, Parkour, Dancer, Singer and Instruments (Piano, Cello and Guitar).Paris began her love of martial arts at age 5 and competing at age 6. Paris enjoyed competing in sparring, forms, weapons and extreme forms over 3 years across the country. She has won several national grand championships with her hard work and dedication to her craft. Paris watched her idol Caitlin Dechelle on the Grand Stage at age 6 and said "I want to train hard to be as good as her". Paris began training harder and many more days at XMA Headquarters. Our family researched and found that Ms. DeCehelle trained under Mike Chat at XMA World Headquarters in North Hollywood. As a family we decided to leave Orlando so that Paris could train under the most innovative instructor in the business. With the knowledge, training and power that Paris has learned in the martial arts, stunt, acrobatics, weapons, and discipline training with Mr. Chat it has catapulted Paris into acting, modeling and stunts. Paris has recently obtained her 2nd degree black belt in Tae Kwon Do.Paris is a child that has no fear. She sets a goal and accomplishes it. In 2 years Paris has completed several commercials, music videos, movies and modeling projects. Paris wants to be an ambassador to girls; train hard, be strong and to follow their dreams. They will come true. Paris is in the 5th grade and attends public school in North Hollywood, CA. At school she has good grades and is in the school orchestra, playing the cello. Her favorite color is neon green. She has a dog named "Rocky", he is a brindle Boxer. Paris enjoys going to church and gives back byVolunteering for Alter Server several times per month. Paris likes to donate her time to feeding the homeless, donating & delivering toys to the less fortunate, assisting other students in their training and performing at Charity Events. - IMDb Mini Biography By: Jessica Bravo - Mother

DIRECTV has the most number of Paris Bravo’s flixes, followed by undefined compared to other streaming platforms. See the full graph below.

On average the IMDB score of the movies that Paris Bravo has worked on is 7.0.

True stories of murder and mayhem morph into urban legends like the bogeyman or the monster under the bed - haunting our childhoods and scaring us throughout our lives. Investigation ...