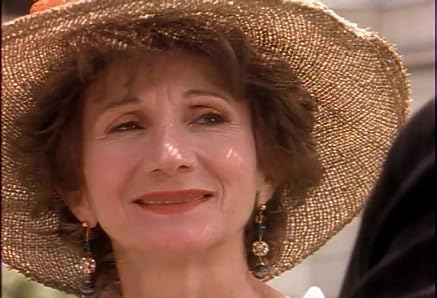 Amazon Video has the most number of Olympia Dukakis’s flixes, followed by YouTube compared to other streaming platforms. See the full graph below.

On average the IMDB score of the movies that Olympia Dukakis has worked on is 6.5.

Drama,Mystery,Romance
Tales of the City (1993)

The stories of several colorful characters living in San Francisco.

Documentary
A Paralyzing Fear: The Story of Polio in America (1998)

Few know the story of how polio came to America in 1916 and grew into the frightening epidemics of the 1940's and 50's when the diseases crippled tens of thousands of children every summer.

Through verité documentary footage, humorous storytelling, interviews and archival film material, Leonard Soloway's Broadway captures a Broadway few ever see as told through the eyes of a ...

A middle-aged Mary Ann returns to San Francisco and reunites with the eccentric friends she left behind. "Tales of the City" focuses primarily on the people who live in a boardinghouse turned apartment complex owned by Anna Madrigal at 28 Barbary Lane, all of whom quickly become part of what Maupin coined a "logical family". It's no longer a secret that Mrs. Madrigal is transgender. Instead, she ...

A young beautician, newly arrived in a small Louisiana town, finds work at the local salon, where a small group of women share a close bond of friendship, and welcome her into the fold.

Comedy,Music
The Last of the Blonde Bombshells (2000)

A woman tries to reunite the swing band with which she played during World War II.

A lesbian couple escape from their nursing home and head up to Canada to get married. Along the way, they pick up a young, male hitchhiker.