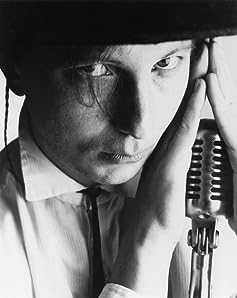 Nenad is a recording artist, composer, and performer who has recorded for Sony, Polygram and many other labels. Two of his albums reached No. 1 in Europe and, to date, he has sold over one million records. In addition, he has performed all over the world with a wide range of artists, including Luciano Pavarotti, Bono & The Edge (U2), Brian Eno, Indigo Girls, Richie Havens, Garth Hudson & Rick Danko (The Band), Vince Welnick (Grateful Dead), Martin Sheen, Michael York, John Malkovich, Ellen Burstyn, and many more. He performed at Woodstock '94 and, in 1998, he made a compilation album with Bruce Springsteen, Leonard Cohen and Allen Ginsberg. In March 1999, he opened the Miss Universe pageant in Europe with his new song, "Miss Universe". Nenad also writes and records music for film and theater. He has scored many features and short films. One such project was Steve McQueen: The King of Cool (1998), which premiered on American Movie Classics, to over 65 million households. Another was "Life beyond Timothy Leary" (2000). Subsequently, Nenad scored the Mladen Juran film, Transatlantik (1998), which was the Croatian entry for consideration as Best Foreign Film in the 1999 Academy Awards. He just finished scoring a new film, directed by Burt Young, called Murder on Mott Street (1999).Finally, Nenad is also a record producer with a special interest in documenting the fascinating but little-known musical traditions of his homeland, Croatia. His most recent work includes the production of three new a cappella albums: "Fire on the Sea", by Klapa Fortunal; "Following the Cross", a collection of Lenten chants based on 600-year-old Gregorian Chants never previously recorded; and just-released "Novaljo, Novaljo", by Klapa Navalia. Nenad's work and his life story have been featured on all the major US TV networks (CBS, ABC, NBC), on CNN, on Sky Channel, and on TV channels in Russia, France, Germany, Italy, Great Britain, Spain, Japan, and many other countries. Press coverage has been similarly widespread, ranging from The New York Times to Billboard, from The Washington Post to Corriere Della Sera, and from The Boston Globe to the New York Daily News. Nenad's most recent solo record is "Thousand Years of Peace", which was released in 2001. The album was recorded in Nenad's own recording studio, which he also uses for his scoring and production work and which was designed to accommodate anything from Capella vocals to rock and roll to symphonic orchestras on a location. He is currently in preproduction for a new solo album, which is due for release in Spring 2002. Nenad sang on the new recordings of "We Are Family" benefit for the Sept. 11th fund as well as scoring the film "The Making and the Meaning of We Are Family". His label just signed a contract for the worldwide promotion and distribution of "The Pharos Cantors" (Glagolitic Chants based on Gregorian Chants). He also recently completed work as a language consultant for the literature and film project for all four of the "Harry Potter" books. Through his singing and songwriting, Nenad's goal is to spread the message of joy and universal peace. - IMDb Mini Biography By: nenadbach@aol.com

Amazon Video has the most number of Nenad Bach’s flixes, followed by Amazon Prime Video compared to other streaming platforms. See the full graph below.

On average the IMDB score of the movies that Nenad Bach has worked on is 7.0.

Nenad Bach was a rock star in his native country, Croatia, but in1984 he made the decision to expatriate in order to follow his dream of finding a U.S. market for his music, in an industry ...

A comic strip writer in NYC, still grieving over the death of a friend in 9/11, gets his publisher to agree to a limited run of "Justice", a comic book about an ordinary person who is a hero.

25 years ago at Winfield College, psycho-priest Zachary Malius murdered seven frat boys and was put away in the local asylum. Now, however, the same fraternity stages a prank from which ...