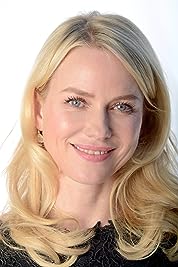 Naomi Ellen Watts was born on September 28, 1968 in Shoreham, England, to Myfanwy Edwards "Miv" (Roberts), an antiques dealer and costume/set designer, and Peter Watts (Peter Anthony Watts), the road manager to Pink Floyd. Her maternal grandfather was Welsh. Her father died when Naomi was seven and she began to follow her mother and her brother around England, until she was fourteen, then they settled in Australia, where her maternal grandmother was from. She coaxed her mother into letting her take acting class when they arrived. After bit parts in commercials, she landed her first role in Für die Liebe allein (1986). Naomi met her best friend, Nicole Kidman, when they both auditioned for a bikini commercial and they shared a taxi ride home. In 1991, Naomi starred along Kidman in the sleeper-hit Flirting - Spiel mit der Liebe (1991) directed by John Duigan. Naomi continued her career by starring in the Australian Brides of Christ (1991) co-starring Oscar-winners Russell Crowe and Brenda Fricker.In 1993, she worked with John Duigan again in Sargasso Sea - Im Meer der Leidenschaft (1993) and director George Miller in Verführt - Schuldig oder nicht schuldig? (1993). Tank Girl (1995), in 1995, an adaptation of the comic book was a cult hit, starred Naomi as "Jet Girl", but it didn't fare well at the box-office and didn't do much for her career as a whole. Watts continued to take insignificant parts in movies including the much forgotten film Kinder des Zorns IV (1996). It wasn't until David Lynch cast her in the critically acclaimed film Mulholland Drive (2001) that she began to become noticed. Her part as an aspiring actress showed her strong acting ability and wide range and earned her much respect, as much as to say by some that she was overlooked for a Oscar nomination that year. Stardom finally came to Naomi in the surprise hit Ring (2002), which grossed over $100,000,000 at the box-office and starred Watts as an investigative reporter hunting down the truth behind several mysterious deaths seemingly caused by a video tape. While the movie did not fare well with the critics, it launched her into the spotlight. In 2003, she starred in Alejandro González Iñárritu's 21 Gramm (2003) which earned her - what some say is a much overdue Oscar nomination and brought others to call her one of the best in her generation of actors. The same year, she was nominated for 21 Gramm (2003), Naomi was chosen to play "Ann Darrow" in director Peter Jackson's King Kong (2005) which took her to New Zealand for a five month shoot. Watts completed her first comedy in I Heart Huckabees (2004) for director David O. Russell, playing a superficial spokes model - a break from her usual intense and dramatic roles she is known for.In 2005, she reprized her role as the protective-mother-reporter "Rachel Keller" in Ring 2 (2005). The movie, released in March, opened to $35,000,000 at the box office in the first weekend and established her as a box-office draw. Also in 2005, it was decided that her independent movie Ellie Parker (2001) would be re-released in late 2005 after its success at resurfacing at the Sundance Film Festival. The movie, which Naomi also produced, features her in the title role and is a bit biographical, but yet exaggerated take of the life of a struggling actress as she comes to Hollywood and encounters nightmares of the profession (it also features Watts' own beat-up Honda which she travels around in). In 2006, she starred with Edward Norton in Der bunte Schleier (2006). In July of 2007, Naomi gave birth to a boy, Alexander Pete (Sasha Schreiber) in Los Angeles with Liev Schreiber. Since then her career choices have gathered even more critical acclaim with starring roles roles in German director Michael Haneke's American remake of his thriller Funny Games U.S. (2007), David Cronenberg's Tödliche Versprechen - Eastern Promises (2007), and the action-thriller, The International (2009), released in February 2009. In mid-2008, Watts announced she was expecting her second child with Schreiber and gave birth to another boy, Samuel Kai Schreiber, in New York on December 13. - IMDb Mini Biography By: ratisfatter@yahoo.com

Amazon Video has the most number of Naomi Watts’s flixes, followed by Google Play Movies compared to other streaming platforms. See the full graph below.

On average the IMDB score of the movies that Naomi Watts has worked on is 6.6.

7-part limited series about Roger Ailes, the founder of Fox News, focusing on the past decade which Ailes arguably became the Republican Party's de facto leader and the sexual harassment accusations that brought his career to an end.

After a car wreck on the winding Mulholland Drive renders a woman amnesiac, she and a perky Hollywood-hopeful search for clues and answers across Los Angeles in a twisting venture beyond dreams and reality.

The story of a tourist family in Thailand caught in the destruction and chaotic aftermath of the 2004 Indian Ocean tsunami.

A Russian teenager living in London who dies during childbirth leaves clues to a midwife in her journal that could tie her child to a rape involving a violent Russian mob family.

A freak accident brings together a critically ill mathematician, a grieving mother, and a born-again ex-con.

A British medical doctor fights a cholera epidemic in a small Chinese village, while being trapped at home in a loveless marriage to an unfaithful wife.

A young boy whose parents have just divorced finds an unlikely friend and mentor in the misanthropic, bawdy, hedonistic war veteran who lives next door.