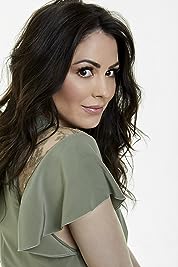 From action to drama and romantic comedies, Michelle Borth has become known in the entertainment industry through the charismatic and versatile characters she has brought to life on screen. In 2019 Borth can be seen starring in New Line Cinema's highly anticipated, DC Comic superhero film "Shazam" opposite Zachary Levi. Critics have called the film "pure of heart," "incredibly funny," "clever, fun, an heroic," and "unlike anything DC has done before," ushering in a new era in for the DC Extended Universe. Borth shines when she is revealed as Mary Marvel, the grown up superhero of Mary Broomfield, teasing what is to come in future films. "Shazam!" is set to hit theaters nationwide on April 5, 2019.Borth may be best known on television for portraying Navy Lieutenant Catherine Rollins on CBS' Golden Globe nominated series "Hawaii 5-0." She joined the cast in 2010 and quickly became a fan favorite starring opposite Alex O'Loughlin and Scott Caan. Borth received her big break in 2007, landing a lead role in HBO's short lived series "Tell Me You Love Me" opposite Luke Kirby, to which she received much critical acclaim. Additional credits for Borth include: Lionsgate's "Wonderland" opposite Kate Bosworth and Carrie Fisher, Endgame Entertainment's "A Good Old Fashioned Orgy" opposite Jason Sudeikis and Lake Bell, ABC's "The Forgotten," TNT's "Dark Blue," Lifetime's "Devious Nanny," and Netflix's "Teenage Cocktail."Born in Secaucus, New Jersey, and raised in New York City, Borth found a love for acting at a young age. Upon graduating high school she went on to attend Pace University, home to the prestigious Actors Studio Drama School. She graduated Summa Cum Laude earning her Bachelor's Degree in Fine Arts, with a concentration in Performing Arts and Theater History. She has been working in film and television ever since.On the charity front, Borth has a huge heart for giving back and has supported a plethora of organizations over the years. She works with The National Multiple Sclerosis Foundation, a charity that she holds near and dear to her heart. She has worked tirelessly to raise money for research and resources for families affected by MS. She is also active with the American Foundation for Suicide Prevention. Additionally, Borth spends her time helping out with Care Rescue LA, a nonprofit organization that rescues, houses, and places animals with foster and forever families. Fostering elder dogs is a personal passion of hers.When she is not on set Borth can be found lounging around the LA area with her beloved dog Bean, dancing (she loves to dance, even just with herself!) and fostering animals, helping find their forever homes. - IMDb Mini Biography By: Persona PR

Amazon Video has the most number of Michelle Borth’s flixes, followed by Vudu compared to other streaming platforms. See the full graph below.

On average the IMDB score of the movies that Michelle Borth has worked on is 5.5.

Portrays doctors and nurses from Canada, the U.S., the U.K. and other allied countries saving lives and limbs in a war zone military hospital modeled on a real facility in Afghanistan.

A drama about three couples and the therapist they share.

Feeling confined by their small town and overbearing parents, Annie and Jules hatch a scheme of running away. But as the girls soon find out, consequences can blindside you. Sometimes violently.

A woman tries to protect her family after her husband has an affair with their nanny. As her husband's co-workers are killed, she discovers everything is not what it appears to be.

A troubled teen gets his one shot at redemption when he decides to compete in a local paintball tournament.

While attempting to find a research facility on an island, a group of activists discovers two giant creatures that have escaped the facility.

In this revisionist drama, the film delves into the family lineage of Wyatt Williams, the character made famous by Peter Fonda in the original Easy Rider Movie. Centering around the ...