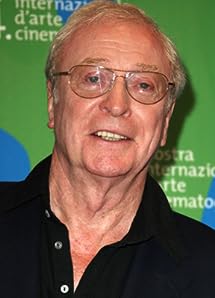 Michael Caine was born Maurice Joseph Micklewhite in London, to Ellen Frances Marie (Burchell), a charlady, and Maurice Joseph Micklewhite, a fish-market porter. He left school at age 15 and took a series of working-class jobs before joining the British army and serving in Korea during the Korean War, where he saw combat. Upon his return to England, he gravitated toward the theater and got a job as an assistant stage manager. He adopted the name of Caine on the advice of his agent, taking it from a marquee that advertised The Caine Mutiny (1954). In the years that followed, he worked in more than 100 television dramas, with repertory companies throughout England and eventually in the stage hit "The Long and the Short and the Tall".Zulu (1964), the epic retelling of a historic 19th-century battle in South Africa between British soldiers and Zulu warriors, brought Caine to international attention. Instead of being typecast as a low-ranking Cockney soldier, he played a snobbish, aristocratic officer. Although "Zulu" was a major success, it was the role of Harry Palmer in The Ipcress File (1965) and the title role in Alfie (1966) that made Caine a star of the first magnitude. He epitomized the new breed of actor in mid-1960s England, the working-class bloke with glasses and a down-home accent. However, after initially starring in some excellent films, particularly in the 1960s, including Gambit (1966), Funeral in Berlin (1966), Play Dirty (1969), Battle of Britain (1969), Too Late the Hero (1970), The Last Valley (1971) and especially Get Carter (1971), he seemed to take on roles in below-average films, simply for the money he could by then command.However, there were some gems amongst the dross. He gave a magnificent performance opposite Sean Connery in The Man Who Would Be King (1975) and turned in a solid one as a German colonel in The Eagle Has Landed (1976). Educating Rita (1983) and Hannah and Her Sisters (1986) (for which he won his first Oscar) were highlights of the 1980s, while more recently Little Voice (1998), The Cider House Rules (1999) (his second Oscar) and Last Orders (2001) have been widely acclaimed. Caine played Nigel Powers in the parody sequel Austin Powers in Goldmember (2002), and Alfred Pennyworth in Christopher Nolan's Dark Knight trilogy. He appeared in several other of Nolan's films including The Prestige (2006), Inception (2010) and Interstellar (2014). He also appeared as a supporting character in Alfonso Cuarón's Children of Men (2006) and Pixar's sequel Cars 2 (2011).As of 2015, films in which Caine has starred have grossed over $7.4 billion worldwide. He is ranked the ninth highest grossing box office star. Caine is one of several actors nominated for an Academy Award for acting every decade from five consecutive decades (the other being Laurence Olivier and Meryl Streep). He was appointed Commander of the Order of the British Empire in the 1992 Birthday Honours, and was knighted by Queen Elizabeth II in the 2000 Birthday Honours in recognition for his contributions to the cinema. - IMDb Mini Biography By: Pedro Borges

Amazon Video has the most number of Michael Caine’s flixes, followed by Google Play Movies compared to other streaming platforms. See the full graph below.

On average the IMDB score of the movies that Michael Caine has worked on is 6.6.

After training with his mentor, Batman begins his fight to free crime-ridden Gotham City from corruption.

In 2027, in a chaotic world in which women have become somehow infertile, a former activist agrees to help transport a miraculously pregnant woman to a sanctuary at sea.

Comedy,Drama
Hannah and Her Sisters (1986)

Between two Thanksgivings two years apart, Hannah's husband falls in love with her sister Lee, while her hypochondriac ex-husband rekindles his relationship with her sister Holly.

Adventure,History,War
The Man Who Would Be King (1975)

Two British former soldiers decide to set themselves up as Kings in Kafiristan, a land where no white man has set foot since Alexander the Great.

A spy organisation recruits a promising street kid into the agency's training program, while a global threat emerges from a twisted tech genius.

The Muppet characters tell their version of the classic tale of an old and bitter miser's redemption on Christmas Eve.