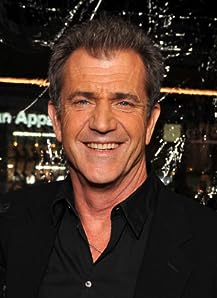 Mel Columcille Gerard Gibson was born January 3, 1956 in Peekskill, New York, USA, as the sixth of eleven children of Hutton Gibson, a railroad brakeman, and Anne Patricia (Reilly) Gibson (who died in December of 1990). His mother was Irish, from County Longford, while his American-born father is of mostly Irish descent.Mel and his family moved to Australia in the late 1960s, settling in New South Wales, where Mel's paternal grandmother, contralto opera singer Eva Mylott, was born. After high school, Mel studied at the University of New South Wales in Sydney, performing at the National Institute of Dramatic Arts alongside future film thespians Judy Davis and Geoffrey Rush.After college, Mel had a few stints on stage and starred in a few TV shows. Eventually, he was chosen to star in the films Mad Max (1979) and Tim (1979), co-starring Piper Laurie. The small budgeted Mad Max made him known worldwide, while Tim garnered him an award for Best Actor from the Australian Film Institute (equivalent to the Oscar).Later, he went on to star in Gallipoli (1981), which earned him a second award for Best Actor from the AFI. In 1980, he married Robyn Moore and had seven children. In 1984, Mel made his American debut in A Bounty (1984), which co-starred Anthony Hopkins.Then in 1987, Mel starred in what would become his signature series, Halálos fegyver (1987), in which he played "Martin Riggs". In 1990, he took on the interesting starring role in Hamlet (1990), which garnered him some critical praise. He also made the more endearing Halhatatlan szerelem (1992) and the somewhat disturbing Az arc nélküli ember (1993). 1995 brought his most famous role as "Sir William Wallace" in A rettenthetetlen (1995), for which he won two Oscars for Best Picture and Best Director.From there, he made such box office hits as A hazafi (2000), Váltságdíj (1996), and Visszavágó (1999). Today, Mel remains an international superstar mogul, continuously topping the Hollywood power lists as well as the Most Beautiful and Sexiest lists. - IMDb Mini Biography By: TrendEkiD@aol.com -Rowspacing by Tony Hedlund

Amazon Video has the most number of Mel Gibson’s flixes, followed by Vudu compared to other streaming platforms. See the full graph below.

On average the IMDB score of the movies that Mel Gibson has worked on is 6.4.

When his secret bride is executed for assaulting an English soldier who tried to rape her, William Wallace begins a revolt against King Edward I of England.

World War II American Army Medic Desmond T. Doss, who served during the Battle of Okinawa, refuses to kill people, and becomes the first man in American history to receive the Medal of Honor without firing a shot.

World of Discovery - The Complete Series

As the Mayan kingdom faces its decline, a young man is taken on a perilous journey to a world ruled by fear and oppression.

Documentary
Who Killed the Electric Car? (2006)

A documentary that investigates the birth and death of the electric car, as well as the role of renewable energy and sustainable living in the future.

Two newly paired cops who are complete opposites must put aside their differences in order to catch a gang of drug smugglers.

In the post-apocalyptic Australian wasteland, a cynical drifter agrees to help a small, gasoline-rich community escape a horde of bandits.

Two Australian sprinters face the brutal realities of war when they are sent to fight in the Gallipoli campaign in Turkey during World War I.