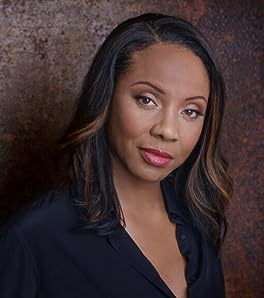 A philanthropist who has presented almost $900,000 in scholarships over the past seven years, an actress on Power, Queen of the South, SWAT, and more, MC LYTE is ONLY female solo hip hop artist to receive the BET I Am Hip Hop ICON Award. First female to perform hip hop in the White House and first African American female to serve as the President of the Los Angeles chapter of the Recording Academy (Grammy Organization): these are just the first of many firsts. Lyricist, inspirational speaker, DJ, pioneer, icon, veteran and entrepreneur describe one of the most prolific and well-respected female Hip Hop artists of all time: MC Lyte. She has consistently found ways to reinvent herself musically, while expanding her resume and gaining new fans. A current member of the Board of Trustees of Dillard University and reared in Brooklyn, New York, MC Lyte always has her finger on Hip Hop's pulse. Many are familiar with her stellar music making skills, but over the course of her extensive career, MC Lyte has ventured out to other avenues that have allowed her to show the world just how talented she truly is.A pioneer in the industry, she opened the door for future female Hip Hop artists by daring to do what had never been done while doing something she loved. MC Lyte is the FIRST rap artist ever to perform at New York's historic Carnegie Hall, the FIRST female rapper to ever receive a gold single, the FIRST female solo rapper ever nominated for a Grammy and in 2006, MC Lyte became the FIRST solo female rapper to be honored/inducted on VH-1's HIP HOP HONORS.MC Lyte has graced network television as well as the big screen and she has been the voice behind the VH1 Hip Hop Honors and national campaigns for Wherehouse Music, Coca-Cola, McDonald's and Nike. She is the hot of Morning Cup on Centric and recently unveiled her lyrical talent, once again, to the world with the release of her latest album, LEGEND.A role model to women and respected by men everywhere, MC Lyte never compromises who she is and consistently displays that a woman can turn heads fully clothed! Whenever possible, MC Lyte enjoys traveling across the nation to use her expertise and story of success to motivate others to take ownership of the world around them while striving to be the best they can possibly be. Author of "UNSTOPPABLE: Igniting the Power Within to Achieve Your Greatest Potential," MC Lyte provides keynote addresses at educational institutions, community centers and corporations around the globe and has also been active in many social projects, including anti-violence campaigns, HIV / AIDs prevention, and Rock the Vote. MC Lyte is also the author of "Living in the Lyte: Lessons in Life, Love and Truth" and "Fusion: Bridging the Gap between the Civil Rights Movement and Hip Hop," a book she co-authored with Dr. Benjamin F. Chavis, Jr.MC Lyte resides in Los Angeles, California, and reigns as the CEO of Sunni Gyrl, Inc. and the Chair of Hip Hop Sisters Foundation, which has presented over $850,000 in college scholarships. She is a past President, Trustee and Governor of the Los Angeles Chapter of the Recording Academy (Grammy organization), a member of the Board of Trustees at Dillard University, and is a proud honorary member of Sigma Gamma Rho Sorority, Inc. - IMDb Mini Biography By: Lynn Richardson

Amazon Video has the most number of MC Lyte’s flixes, followed by Amazon Prime Video compared to other streaming platforms. See the full graph below.

On average the IMDB score of the movies that MC Lyte has worked on is 5.6.

Season 1 of "The IT Factor" follows 12 diverse New York City actors as they go about the struggle of "making it" in the entertainment business.

Mona and Dee Dee are half-sisters who share the same father. They are completely unlike each other, but they live in the same apartment building, so disagreements are common.

The lives of five ladies trying to make it big in the world of hip-hop. The girls come from different backgrounds where they went through different difficult situations growing up. They all...

The story of two women one Straight the other Gay, both ending long term loveless relationships. Together they find the love and respect they both deserve and long for.

After escaping from a sex trafficking ring, one teenage girl struggles to reconnect with herself and her family. To rescue her helpless friends, she must confront her own fears and help lead the police to her traffickers - at all costs.