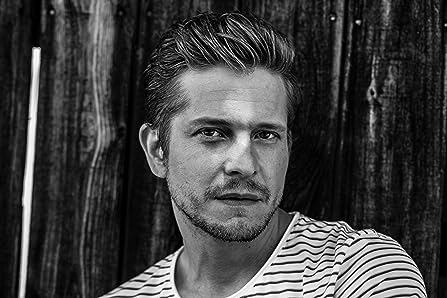 Matt Czuchry graduated from College of Charleston with Summa Cum Laude honors, and B.A degrees in the disciplines of both History and Political Science. In his senior year at the College, Matt was presented with The Bishop Robert Smith award. This award is the highest honor given to a graduating senior and represents valued contributions in academics, sports, and leadership within the Charleston community.Throughout his studies at Charleston, Matt was focused on making the practice of law his next path in life after graduation. However, when his embarrassingly awful Law School Admission Test results arrived in the mail the summer before his senior year, he began to meticulously reflect on his early childhood in an effort to find a renewed sense of purpose for his adult life.During this process of personal evaluation at the beginning of his senior year at CofC, Matt could not ignore the magical impact movies, television, characters, and storytelling had upon his youth. Moments like exiting a dilapidated movie theater while crying inconsolably after experiencing E.T. the Extra-Terrestrial (1982). Or times spent as a tiny kid running around his parent's home in purple-dyed underwear, smashing couches while watching The Incredible Hulk (1977) on TV.Through this process of searching his past to find a path towards his future, Matt slowly began to clearly define his purpose for his adult life. For the next journey in his life after college, Matt wanted to make his own indelible mark on the hearts and minds of audiences across the world from all walks of life through the power of storytelling.In an effort to pursue this intention and purpose, nearly immediately after graduating from the College of Charleston, Matt filled his crappy car with everything he owned, put his awful Law School Admission Test scores in the rear view mirror, and embarked upon a westward journey from his childhood home in Johnson City Tennessee to Los Angeles California.Since graduating from The College of Charleston in 1999 and making the cross country journey to Los Angeles, Matt has worked on projects such as Gilmore Girls (2000), the two time Emmy nominated and Peabody winning series, The Good Wife (2009), and his current show on Fox, The Resident (2018), where Matt plays the title character.Throughout his acting career from 1999-present, Matt has worked alongside Oscar winners, Tony Winners, and Emmy winners. And during that time Czuchry has found a way to make his own indelible mark on the arts. For his work on The Resident (2018), Czuchry was honored in 2020 with the Entertainment Weekly/SCAD Maverick Award. The Resident (2018) has also been nominated for two Teen Choice awards, and Matt has been nominated for three Teen Choice awards for his work as Logan Huntzberger in the series Gilmore Girls (2000). For his work on The Good Wife (2009) (where ironically Matt played a lawyer with exceptional Law School Admission Test scores) he was nominated for three consecutive Screen Actors Guild Ensemble awards in 2011, 2012, 2013, he won the Entertainment Weekly Best Supporting Actor award in 2011, and Czuchry was also selected to both The Hollywood Reporter and Variety magazine's prestigious Emmy Contenders list for 2015.Czuchry's Charleston education came to a pinnacle in 2018 when he gave the commencement address to that year's College of Charleston graduating class. His commencement address was noted in Teen Vogue as one of the standout speeches of 2018 along with Oprah Winfrey and Apple CEO Tim Cook. That same year the College of Charleston recognized Matt with an Honorary Doctorate of Humane Letters. This humbling honor completed Matt's journey from college graduate with crap LSAT scores and an unclear path forward, to an established actor contributing on the highest level to the arts. - IMDb Mini Biography By: Ashley Franklin

has the most number of Matt Czuchry’s flixes, followed by Vudu compared to other streaming platforms. See the full graph below.

On average the IMDB score of the movies that Matt Czuchry has worked on is 6.9.

Alicia Florrick (Julianna Margulies) has been a good wife to her husband, a former state's attorney. After a very humiliating sex and corruption scandal, he is behind bars. She must now provide for her family and returns to work as a litigator in a law firm.

A group of doctors at Chastain Memorial Hospital face personal and professional challenges on a daily basis.

Set nearly a decade after the finale of the original series, this revival follows Lorelai, Rory and Emily Gilmore through four seasons of change.

Fundamentalist sect member BeckyLyn is accused of killing her husband. Queenie, another wife in the polygamist sect, doesn't believe BeckyLyn is capable of such violence and desperate to ...

A guy tries to patch things up with his soon-to-be-married pal after botching things up at his bachelor party.