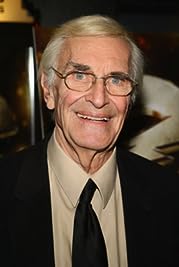 Amazon Video has the most number of Martin Landau’s flixes, followed by Vudu compared to other streaming platforms. See the full graph below.

On average the IMDB score of the movies that Martin Landau has worked on is 6.0.

Ambitious but troubled movie director Edward D. Wood Jr. tries his best to fulfill his dreams, despite his lack of talent.

The Biblical story of Joseph, who was sold to slavery by his brothers who were jealous of his prophetic abilities to analyze dreams and of his being their fathers' favorite.

With the aid of a fellow Auschwitz survivor and a hand-written letter, an elderly man with dementia goes in search of the person he believes to be responsible for the death of his family in the death camp to kill him himself.

The crew of Moonbase Alpha must struggle to survive when a massive explosion throws the Moon from orbit into deep space.

In a rundown apartment complex in San Francisco's Tenderloin, a septuagenarian seer is waiting for his final message. For decades the eccentric recluse has chronicled the phrases of the ...

A holiday fable that tells the story of an elderly man discovering love for the first time.