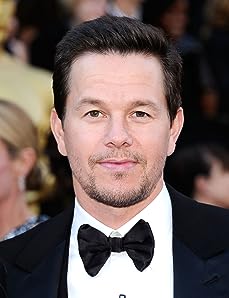 Amazon Video has the most number of Mark Wahlberg’s flixes, followed by Vudu compared to other streaming platforms. See the full graph below.

On average the IMDB score of the movies that Mark Wahlberg has worked on is 6.4.

The story of a young man's adventures in the California pornography industry of the late 1970s and early 1980s.

Based on the story of Micky Ward, a fledgling boxer who tries to escape the shadow of his more famous but troubled older boxing brother and get his own shot at greatness.

Marcus Luttrell and his team set out on a mission to capture or kill notorious Taliban leader Ahmad Shah, in late June 2005. Marcus and his team are left to fight for their lives in one of the most valiant efforts of modern warfare.

The story of the 2013 Boston Marathon bombing and the aftermath, which includes the city-wide manhunt to find the terrorists responsible.

A couple find themselves in over their heads when they foster three children.

A marksman living in exile is coaxed back into action after learning of a plot to kill the President. After being double crossed for the attempt and on the run, he sets out for the real killer and the truth.

A dramatization of the disaster in April 2010, when the offshore drilling rig called the Deepwater Horizon exploded, resulting in the worst oil spill in American history.