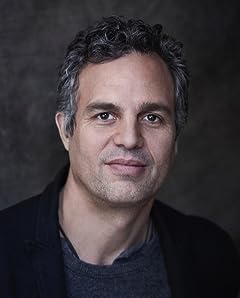 Mark Ruffalo was born in Kenosha, Wisconsin, to Marie Rose (Hebert), a stylist and hairdresser, and Frank Lawrence Ruffalo, a construction painter. His father's ancestry is Italian, and his mother is of half French-Canadian and half Italian descent. Mark moved with his family to Virginia Beach, Virginia, where he lived out most of his teenage years. Following high school, Mark moved with his family to San Diego and soon migrated north, eventually settling in Los Angeles. He took classes at the Stella Adler Conservatory and subsequently co-founded the Orpheus Theatre Company, an Equity-Waiver establishment, where he worked in nearly every capacity. From acting, writing, directing and producing to running the lights and building sets while building his resume. Bartending for nearly nine years to make ends meet and ready to give it all up, a chance meeting and resulting collaboration with playwright/screenwriter Kenneth Lonergan changed everything.Ruffalo won NY success in Lonergan's play "This Is Our Youth", which led to the male lead in Lonergan's film Можешь рассчитывать на меня (2000), playing the ne'er-do-well brother of Laura Linney. The performance drew rave reviews and invited comparisons to an early Marlon Brando. Notable roles in Последний замок (2001), Логика измены (2002), and Говорящие с ветром (2002) followed, although in 2002 Ruffalo was diagnosed with an acoustic neuroma, a type of brain tumor. Though the tumor was benign, the resulting surgery led to a period of partial facial paralysis, from which he fully recovered. In 2003, Ruffalo scored leading roles alongside two popular female stars, playing a police detective opposite Meg Ryan in Темная сторона страсти (2003) and the love interest of Gwyneth Paltrow in the comedy Вид сверху лучше (2003). Though both films were high-profile box office disappointments, Ruffalo went on to four notable (if highly disparate) films in 2004 - Мы здесь больше не живем (2004), Вечное сияние чистого разума (2004), Из 13 в 30 (2004), and Соучастник (2004) - which solidified his ability to be both a popular leading man and an acclaimed ensemble player in either comedy or drama.After 2004, Ruffalo was consistently at work, with leads in popular Hollywood films and independent productions that continued to solidify him as one of film's most consistently strong actors: Между небом и землёй (2005), Вся королевская рать (2006), Зодиак (2007), Запретная дорога (2007), and Братья Блум (2008). In 2010 Ruffalo achieved something of a breakthrough, by directing the indie film Сострадание к прекрасному (2010), which won him the Special Jury Prize at the Sundance Film Festival, and co-starring as the sperm-donor father to lesbian couple Annette Bening and Julianne Moore in Детки в порядке (2010). His role in the idiosyncratic domestic comedy/drama earned him Academy Award, Independent Spirit Award, Screen Actors Guild, and BAFTA nominations for Best Supporting Actor.High-profile roles in Martin Scorsese's Остров проклятых (2010) and 'Kenneth Longeran''s long-delayed Маргарет (2011) followed before Ruffalo's appearance as Dr. Bruce Banner, aka The Hulk, in Joss Whedon's blockbuster Мстители (2012). Garnering highly positive reviews for a role in which actors Eric Bana and Edward Norton could not find success in previous films made Ruffalo a box office star in addition to a critically-acclaimed actor. He is expected to reprise the role in the upcoming 2015 sequel, and reunited with former co-star Gywneth Paltrow in the sex-addiction comedy-drama Спасибо за обмен (2012); Ruffalo also will take the lead in Ryan Murphy's adaptation of Larry Kramer's AIDS-drama play Обыкновенное сердце (2014).Ruffalo has been married to actress Sunrise Coigney since 2000; the couple have three children, a son and two daughters. - IMDb Mini Biography By: Gary Brumburgh / gr-home@pacbell.net

Amazon Video has the most number of Mark Ruffalo’s flixes, followed by Vudu compared to other streaming platforms. See the full graph below.

On average the IMDB score of the movies that Mark Ruffalo has worked on is 6.8.

After the devastating events of Avengers: Infinity War (2018), the universe is in ruins. With the help of remaining allies, the Avengers assemble once more in order to reverse Thanos' actions and restore balance to the universe.

The Avengers and their allies must be willing to sacrifice all in an attempt to defeat the powerful Thanos before his blitz of devastation and ruin puts an end to the universe.

In 1954, a U.S. Marshal investigates the disappearance of a murderer who escaped from a hospital for the criminally insane.

Middle-aged Dominick Birdsey recounts his troubled relationship with Thomas, his paranoid schizophrenic twin brother, and his efforts to get him released from an asylum.

The true story of how the Boston Globe uncovered the massive scandal of child molestation and cover-up within the local Catholic Archdiocese, shaking the entire Catholic Church to its core.

Imprisoned on the planet Sakaar, Thor must race against time to return to Asgard and stop Ragnarök, the destruction of his world, at the hands of the powerful and ruthless villain Hela.

A gay activist attempts to raise H.I.V. and A.I.D.S. awareness during the early 1980s.

In the late 1960s/early 1970s, a San Francisco cartoonist becomes an amateur detective obsessed with tracking down the Zodiac Killer, an unidentified individual who terrorizes Northern California with a killing spree.