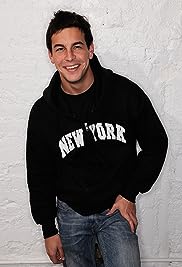 Personal lifeMario Casas, has 4 siblings. Born in La Coruña, although very young, at just 4 years old, he left with his family to Barcelona. Later, at the age of 18, he emigrated to the Spanish capital in an adventure in which he took his whole family with him.His parents were very young when they had him; his mother, Heidi, was only 17 and his father, Ramon, 19. Only a year and a half later they had their sister, so they were very young and had two children. For Mario, his father is his "reference", while his mother, like his brothers, are his "confidants".His mother has been raising her children, while his father is a cabinetmaker, but has also done construction and renovation work. Because of this work, his father had no problems moving to another city, so they decided to accompany Mario when he left for Madrid and settled with him in the city.Mario has four other brothers and sisters, forming what he defines as "a Sicilian family", a family with many children established around a "matriarch". Mario, is the oldest of them all. He is followed by his sister Sheila, and two other brothers, named Christian and Oscar. Finally, the youngest member of the family, Daniel, who was born in 2014, and whom he considers almost as his "nephew" because of the enormous age difference.He gets along well with all of them, although especially with his sister Sheila, as they have grown up together. Mario, a loyal tattoo lover, has one dedicated to each of his parents and siblings, with the initials of each one.He remembers his childhood as "wonderful", although he had a bit of a hard time because he was given "a lot of cane" for being short, even the girls. He developed very late, until he was 15 years old, he continued to have the body of a child. Even so, he has always been a flirt, and had his first "girlfriend" at the age of 4.As a child he liked everything: singing, dancing, ping-pong, football.... He says he liked to try everything, although he admits that he got tired fast. His professional career began as an "advertisement child", as he was involved in advertising as a child. He advertised Cola Cao, Telepizza, Scalextric... He eventually decided to become an actor after he had enrolled the Cristina Rota School of Dramatic ArtsHe also keeps "lifelong" friends from school. They are the ones he made when he arrived in Barcelona and have always been with him. In his words, true friends who you can count on the fingers of one hand.Over the years he dated a few fellow actresses he starred with in movies such as María Valverde and Berta Vázques. Since 2018, he is in a relationship with famous Spanish actress Blanca Suarez he played with in movies/tv shows such as: Carne de Neon (2010), El Barco (2011-2013), Mi Gran Noche (2015), and El Bar (2017). - IMDb Mini Biography By: Okkk

Amazon Video has the most number of Mario Casas’s flixes, followed by Netflix compared to other streaming platforms. See the full graph below.

On average the IMDB score of the movies that Mario Casas has worked on is 6.4.

A successful entrepreneur accused of murder and a witness preparation expert have less than three hours to come up with an impregnable defence.

After the death of her father, a young Spanish woman discovers a partial letter. As she searches for the answers, she embarks on a journey that takes her back to Africa, where she unfolds the secrets of her family.

A global cataclysm, caused by a fatal accident in Geneva (Switzerland) during the implementation of the particle accelerator will lead to crew of vessel-school Estrella Polar to live the adventure of their lives.

The sequel of Three Meters Above The Sky, starts with the return of H to his hometown where reconnecting with the past means struggle and also a new love.

A privileged woman and a reckless man fall in love despite their different social classes.

Biography,Drama,History
The Photographer of Mauthausen (2018)

Based on real events, Francesc Boix is a Spaniard inmate in the Nazi concentration camp of Mauthausen in Austria who tries to save the evidences of the horrors committed inside its walls.

Javier Muñoz, once a successful executive, makes the fateful decision to leave his home, which he and his family can no longer afford.

A gang of armed robbers finds a safe haven in a secluded village crammed with witches--only to encounter the bizarre, the unexpected, and the occult. Can they save themselves, and the rest of the world from the next witch apocalypse?