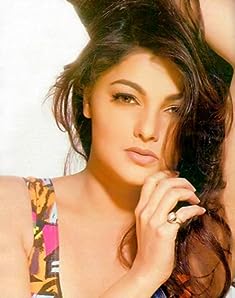 Mamta Kulkarni was born in a Marathi-speaking household, and lived at Yari Road, Versova, Andheri West, along with two sisters, Mithila and Moulina.Nothwithstanding Mamta's Marathi accent, and her inability to speak fluent English, she did land several roles in Bollywood flicks, starting in 1992 with Tiranga, and thereafter in Karan Arjun, Sabse Bada Khiladi, Baazi, until the 2002 release of Kahbhi Tum Kabhi Hum. In role in Aashiq Awara opposite Sharmila Tagore's son, Saif Ali Khan, got her an 'New Face' award from Filmfare & Lux.In most of her films she is shown as a glamorous, sexy, song-and-dance girl. She did try to change this in Raj Kumar Santoshi's Chinagate, but the movie flopped, and this, amongst other misunderstandings, led to souring of relationships between Mamta and Santoshi.It was during 1993 that Mamta created controversy by appearing topless, albeit with her arms crossed across her breasts, in the September issue of 'Stardust'. This angered several conservative groups, leading to her her arrest, subsequent conviction by the courts in the year 2000 and a fine Rs.15,000/-.She was involved in another controversy by appearing in Court wearing an Islamic Burkha - incurring the wrath of Islamic groups.Controversy again followed her when she appeared on a stage show in 1997 at the invitation of a Bihar-based Legislator, who was subsequently arrested for his involvement in a scam. Mamta has denied her involvement in this scam.Her natural beauty and outspokenness sparked jealousies and fears amongst other leading ladies, thus leading to considerable diatribe between herself and other actresses, Urmila Matondkar in particular.It cannot be denied that Mamta is breathtakingly beautiful, and deserves a second chance in movies. Although she has re-located in the U.S., she continues to have many fans, who wish her well, and hope she makes a comeback someday. - IMDb Mini Biography By: rAjOo

Amazon Video has the most number of Mamta Kulkarni’s flixes, followed by Amazon Prime Video compared to other streaming platforms. See the full graph below.

On average the IMDB score of the movies that Mamta Kulkarni has worked on is 5.3.

Disowned by his parents at a young age, a man ends up in a small village controlled by underworld dons and some very powerful politicians. Lazy, alcoholic and unemployed, he gets influenced by a journalist with a positive mission.

Terrorist Pralaynath Gundaswamy has plans to destroy India on its independence day 15th August so he sets off to abduct the Top scientists from across the country to prepare the missiles ...

A tough and honest police officer wages a one-man war against terrorists and a corrupt politician who have planned to assassinate the chief minister of the state.

Rajan gets Geeta pregnant and wants her to get an abortion, but Geeta refuses, and gives birth to a baby boy and leaves him in an orphanage. Fate plays a strange trick and the baby is ...

Well known for his believes in fairness, justice, and fair play, Raja Prithviraj holds sway over a large rural territory in India. His word is the law, and no one would dare to cross swords...

Priya Verma is a beautiful young woman who studies in N.M. College in Bombay. One day some fellow collegians on motorcycles surround her and start to molest her, until Ravi comes to her ...