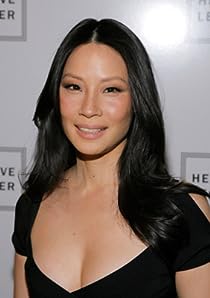 Born to immigrants in Queens, New York, Lucy Liu has always tried to balance an interest in her cultural heritage with a desire to move beyond a strictly Asian-American experience. Lucy's mother, Cecilia, a biochemist, is from Beijing, and her father, Tom Liu, a civil engineer, is from Shanghai. Once relegated to "ethnic" parts, the energetic actress is finally earning her stripes as an across-the-board leading lady.Liu graduated from Stuyvesant High School in 1986 and enrolled in New York University; discouraged by the "dark and sarcastic" atmosphere of NYU, however, she transferred to the University of Michigan after her freshman year. She graduated from UM with a degree in Asian Languages and Cultures, managing to squeeze in some additional training in dance, voice, fine arts, and acting. During her senior year, Liu auditioned for a small part in a production of Alice in Wonderland and walked away with the lead; encouraged by the experience, she decided to take the plunge into professional acting. She moved to Los Angeles and split her time between auditions and food service day jobs, eventually scoring a guest appearance as a waitress on Sensación de vivir (1990). That performance led to more walk-on parts in shows like Policías de Nueva York (1993), Urgencias (1994), and Expediente X (1993). In 1996, she was cast as an ambitious college student on Rhea Perlman's ephemeral sitcom Pearl (1996).Liu first appeared on the big screen as an ex-girlfriend in Jerry Maguire (1996) (she had previously filmed a scene in the indie Bang (1995), but it was shelved for two years). She then waded through a series of supporting parts in small films before landing her big break on Ally McBeal (1997). Liu initially auditioned for the role of Nelle Porter, which went to Portia de Rossi, but writer-producer David E. Kelley was so impressed with her that he promised to write a part for her in an upcoming episode. The part turned out to be that of growling, ill-tempered lawyer Ling Woo, which Liu filled with such aplomb that she was signed on as a regular cast member.The "Ally" win gave Liu's film career a much-needed boost--in 1999, she was cast as a dominatrix in the Mel Gibson action flick Payback (1999), and as a hitchhiker in the ill-received boxing saga Jugando a tope (1999). The next year brought even larger roles: first as the kidnapped Princess Pei Pei in Jackie Chan's western Shanghai Kid: Del este al oeste (2000), then as one-third of the comely crime-fighting trio in Los ángeles de Charlie (2000).When she's not hissing at clients or throwing well-coiffed punches, Liu keeps busy with an eclectic mix of off-screen hobbies. She practices the martial art of Kali-Eskrima-Silat (knife-and-stick fighting), skis, rock climbs, rides horses, and plays the accordion. In 1993 she exhibited a collection of multimedia art pieces at the Cast Iron Gallery in SoHo (New York), after which she won a grant to study and create art in China. Her hectic schedule doesn't leave much time for romantic intrigue, but Liu says she prefers to keep that side of her life uncluttered. - IMDb Mini Biography By: IMDb Editors

Amazon Video has the most number of Lucy Liu’s flixes, followed by Vudu compared to other streaming platforms. See the full graph below.

On average the IMDB score of the movies that Lucy Liu has worked on is 6.4.

An anthology series that follows three women in different decades all living in the same house, as they deal with infidelity and betrayals in their marriages.

A modern take on the cases of Sherlock Holmes, with the detective now living in New York City.

A substitute teacher who drifts from classroom to classroom finds a connection to the students and teachers during his latest assignment.

A case of mistaken identity lands Slevin into the middle of a war being plotted by two of the city's most rival crime bosses: The Rabbi and The Boss. Slevin is under constant surveillance by relentless Detective Brikowski as well as the infamous assassin Goodkat and finds himself having to hatch his own ingenious plot to get them before they get him.

When his father's body is stolen from its grave, Afro takes up his sword again to tear through an army of deadly foes led by a sadistic leader.

The further adventures of Po the Dragon Warrior and his friends.

Follows the personal and professional life of lawyer Ally.

An unsuspecting, disenchanted man finds himself working as a spy in the dangerous, high-stakes world of corporate espionage. Quickly getting way over-his-head, he teams up with a mysterious femme fatale.