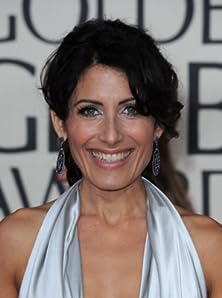 From her role as Dr. Lisa Cuddy on the hit Fox series "House" to her starring role as Abby McCarthy in Bravo's first scripted series "Girlfriends' Guide to Divorce," Lisa Edelstein's range of roles are as diverse as her talent. Set for a Summer 2018 Season 5 premiere, "Girlfriends' Guide" is a dramedy following a best-selling author of a self-help series who separates from her husband and must navigate big career changes and the dating world as a newly single mother. Created by Marti Noxon, the show not only gave Edelstein the opportunity to be the series lead playing everything from heartfelt drama to physical comedy, she also had the chance to expand creatively by being a writer, producer and director on the show.Edelstein is developing a dramedy pilot with Universal Cable based on the book Confessions of a Sociopath by M.E. Thomas. She is co-writing the script with Carol Barbee, will star in the lead role and executive produce along with Phoenix Pictures. She is also shooting a recurring role in the new Netflix series "The Kominsky Method," starring Michael Douglas and Alan Arkin and created by Chuck Lorre. Edelstein plays Phoebe, the drug-addled hot mess daughter of Arkin's character. The show will premiere later this year. In addition, she took the helm this year by writing, directing, and starring in the short film "Unzipping." Based on the short story by Etgar Keret, Edelstein produced the film with Jane Hollen and Kate Cohen of Straight Up Films. James Le Gros and Jason Lewis co-star.No stranger to fearless and even some iconic television roles, Edelstein was the risotto-loving Karen on "Seinfeld," Rob Lowe's call-girl girlfriend Laurie on "West Wing," the transsexual Cindy on "Ally McBeal," and Rhonda Roth, the first out-lesbian on network TV in Jason Katim's "Relativity." Other guest and recurring appearances include "Scandal," "The Good Wife," and "House of Lies." She co-starred for seven seasons on the medical drama "House," which became the most watched show in the world and garnered Edelstein the People's Choice Award for Favorite TV Actress.Edelstein's feature credits include "Keeping The Faith," starring Ben Stiller and directed by Edward Norton, Mel Gibson's "What Women Want," "Daddy Day Care" with Eddie Murphy, "As Good As It Gets," the dramatic Showtime feature "Fathers and Sons," "Joshy," and "Dr. Bird's Advice to Sad Poets." She also works in the realm of animation voiceover in such shows as "American Dad," "King of the Hill," "Airbender: Legend of Korra," as well as the character Mercy Graves in the "Superman" and "Justice League" series.While honing her craft at the prestigious NYU Tisch School of the Arts, Edelstein appeared in numerous off-Broadway productions and then authored, composed and performed the AIDS-related musical "Positive Me" at Ellen Stuart's La Mama in Manhattan. It was one of the first productions in any medium about the crisis and New York's Common Ground bestowed to her a Humanitarian Award for her efforts to further awareness.Edelstein resides in Los Angeles in a century old home with her husband artist Robert Russell, two step-sons, and several rescue dogs. She volunteers her time with a variety of charity organizations including Best Friends Animal Sanctuary, The Anti-Defamation League, Planned Parenthood and The Center for Reproductive Rights. - IMDb Mini Biography By: craig@pinnaclepr.com

Amazon Video has the most number of Lisa Edelstein’s flixes, followed by Apple iTunes compared to other streaming platforms. See the full graph below.

On average the IMDB score of the movies that Lisa Edelstein has worked on is 6.3.

An antisocial maverick doctor who specializes in diagnostic medicine does whatever it takes to solve puzzling cases that come his way using his crack team of doctors and his wits.

A look at Betty White's life and career features behind-the-scenes clips of her work on television and comments from her friends and co-stars.

Follows a best-selling author of a self-help book series who hides her recent separation as she starts to navigate her life as a single woman in her 40s in Los Angeles.

Based on a factual case involving Diane Schaefer and Dr. Murray Brennan, a woman's claims of having had a relationship with a prominent doctor are completely denied by him.

A bonded courier transports a bratty teenager on an international flight, but realizes a trap has been set up for them when they reach the U.S.