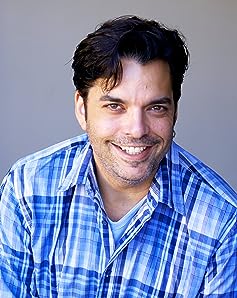 A producer, director, two-time Daytime Entertainment Emmy® Awards-honored voice actor, voice match specialist, songwriter, music producer, entrepreneur, poet and philanthropist, Lex Lang is one of Hollywood's most versatile creative personalities.During college, Lex performed stand-up comedy and did impersonations across the country at famous venues such as The Comedy Store, Dr. Giggles, The NFL Cub, Anderson's Fifth Estate and The Improv, where he performed regularly with comedians Jim Carrey, Richard Belzer, and David Spade.Lex also performed with the Royal London Shakespeare Theatre Company in the Summer stock performance of "Two Gentlemen of Verona" under the direction of John Houseman.Lex eventually moved back to Hollywood, California to study music at The Musician's Institute and to continue his acting career. He is proficient at playing the guitar, bass, piano, and has written over 200 songs in multiple genres. Lex loves to play poker and enjoys spending time with his wife Sandy Fox, and their four dogs and one cat.As a voice director for live action, animation, and video games, Lex has directed voice actors on numerous productions for clients including Cartoon Network, EWAM, Sony, Codemasters, Bang Zoom Entertainment, Technicolor, PCB productions, HBO and Warner Brothers.As a voice actor he can be heard on networks across the country doing promos, trailers, announcing major live specials, and doing sound a-likes for celebrities. He also plays a variety of voices on the animated shows The Avengers: Earth's Mightiest Heroes (2010), Batman: The Brave and the Bold (2008), Avatar: The Last Airbender (2005), Regular Show (2009), Curious George (2006), Naruto (2002), and more.In 2013, he was made the voice of The Guy's Choice Awards on Spike TV and is the voice for UFC promos on Fox.He is the co-founder of The Love Planet Foundation since 1999. He is an advocate for the environment and promotes green living, positive thinking, children's education and planet preservation. He is also an animal lover, he has 4 dogs and one cat, and he is an avid Star Wars (1977) fan. Over 150 viewings of Episode IV alone!Lex and his wife Sandy Fox are founders of H2Om Water with Intention (since 2006), an award-winning natural spring in an eco-friendly container, which encourages you to harness the power of your positive thoughts! Just "think it while you drink it"®.Favorite Color: BlueFavorite Movie: Star WarsFavorite Food: Mom'sFavorite Quote: When the power of love overcomes the love of power the world will know peace.-Jimi HendrixAwards:John F. Kennedy Center For Performing Arts Excellence In Acting AwardOutstanding Actor Award from The American College Theatre FestivalTwo-time Daytime Entertainment Emmy® Awards-honored voice actor - IMDb Mini Biography By: Lex Lang

Amazon Video has the most number of Lex Lang’s flixes, followed by Apple iTunes compared to other streaming platforms. See the full graph below.

On average the IMDB score of the movies that Lex Lang has worked on is 6.6.

The adventures of a young wandering swordsman who stumbles upon a struggling martial arts school in Meiji era Japan.

The master thief Arsene Lupin III arrives in his ancestral homeland of France, where he has new adventures and contends with new enemies.

Gungrave follows the story of best friends Brandon Heat and Harry MacDowell as they join and rise in the ranks of Big Daddy's Millenion crime syndicate. The story begins in the future ...

Creatures called the Oni have attacked the planet earth, so a scientist creates three mecha robots. The strongest of these robots is called Getter Robo, which three men pilot it, a martial artist, criminal leader and a monk.

When the princess of a land ruled by the power of one's will is kidnapped by a traitorous priest, she summons three young girls from Japan to potentially fulfill the legends of the Magic ...

Follows the mischievous adventures of a Monkey by the name of George.

The youth of Tatsumiya Island believed that they had ordinary lives... until the advent of the Festum, extraterrestrial intelligent life forms intent on assimilating all humans. Abruptly, ...

An aquamarine gemstone, the Mermaid's Scale, appears in a secret, underground auction. Lupin is coerced by the gem's owner to steal it. He quickly discovers that the stone is a forgery and ...