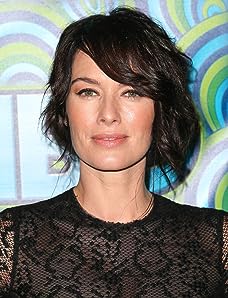 Lena Headey is a British actress. Headey is best known for her role as "Cersei Lannister" in Game of Thrones: Das Lied von Eis und Feuer (2011) (2011-present) and Brothers Grimm (2005), Besessen (2002), and Was vom Tage übrig blieb (1993). Headey stars as "Queen Gorgo", a heroic Spartan woman in the period film, 300 (2006), by director Zack Snyder.Headey was born in Hamilton, Bermuda, to British parents Sue and John Headey. Her father, a Yorkshire police cadet, was sent to Bermuda shortly before her birth. She was raised there, living by the ocean until she was five. Back in England, she was brought up in Yorkshire before moving to London in her teens. Headey had not gone to drama school before she became an actress. At the age of seventeen, Headey's performance in a one-off show in the company of six school friends caught the attention of a casting agent, who took a photo and asked her to audition. Eventually, Headey was cast in Das Geheimnis seiner Liebe (1992), which became her big-screen debut. She honed her natural acting talent while filming and also took archery classes and horse training. She also took boxing classes in clubs in south London, where a former boxer had been teaching her to spar. During her film career, spanning over 15 years, Headey has shown her range in a variety of roles, playing characters from Amazon-type warriors and action-minded women in The Cave (2005) and Brothers Grimm (2005), to a lesbian florist in Imagine Me & You (2005).Headey's film career has taken her all over the world. She was in India for the filming of Das Dschungelbuch (1994), then in St. Petersburg, Russia, for filming Onegin - Eine Liebe in St. Petersburg (1999), and in Norway for filming of Aberdeen (2000). In 2005 Headey was filming in Romania and in Mexico, then spent four months in Prague, Czech Republic, where a forest was designed and built for filming Brothers Grimm (2005), with Matt Damon and Heath Ledger. During 2006 Headey was in Canada for the filming of 300 (2006), then went to locations in Bulgaria for shooting The Contractor (2007), and Germany and in Czech Republic for the filming of Der Rote Baron (2008).She also played Gina McVey in the horror thriller The Broken (2008), and Elizabeth in Das schwarze Herz (2009). In addition to her film-work, Heady appeared as Sarah Connor in a TV spin-off of the popular "Terminator" film franchise, the FOX's television series Terminator: S. C. C. (2008).Outside of her acting profession, Headey continued taking boxing lessons in London. She is a vegetarian and also remains loyal to yoga, which she discovered during her work in India. She has never been back to her birthplace in Bermuda; she shares her time between her homes in London, England, and Los Angeles, California. - IMDb Mini Biography By: Steve Shelokhonov

Amazon Video has the most number of Lena Headey’s flixes, followed by Google Play Movies compared to other streaming platforms. See the full graph below.

On average the IMDB score of the movies that Lena Headey has worked on is 6.6.

Nine noble families fight for control over the lands of Westeros, while an ancient enemy returns after being dormant for millennia.

In Bradford, England, several desperate streetwalkers team up to run the business for themselves. They must deal with competition, mobsters, moralists, psychos and cops, but at least now they have each other and a plan.

Set after the events in Terminator 2: Tag der Abrechnung (1991), Sarah Connor and her son, John, try to stay under-the-radar from the government, as they plot to destroy the computer network, Skynet, in hopes of preventing Armageddon.

King Leonidas of Sparta and a force of 300 men fight the Persians at Thermopylae in 480 B.C.

Biography,Comedy,Drama
Fighting with My Family (2019)

A former wrestler and his family make a living performing at small venues around the country while his kids dream of joining World Wrestling Entertainment.

In a violent, futuristic city where the police have the authority to act as judge, jury and executioner, a cop teams with a trainee to take down a gang that deals the reality-altering drug, SLO-MO.

A mom dying in Aberdeen, Scotland, asks her coke snorting, nympho, London lawyer daughter to get her estranged, alcoholic dad in Oslo, Norway, to Aberdeen. He's drunk at the airport, so they travel together by car and ferry.