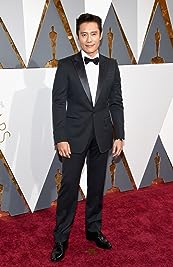 Byung-hun Lee was born in 1970 in Seoul, South Korea, and grew up in a wealthy family, thanks to his father, who was a successful businessman. He never dreamed of pursuing acting until a friend of his mother's suggested it. He auditioned for the KBS television network in 1991 and was accepted. His first project was a short lived TV series called "Asphalt My Hometown". Lee became popular, especially with the female crowd, in his next KBS project, "Tomorrow Love", in 1992. Though he continued to do TV series' throughout the 90s, he also tried his luck in feature films. Many of his earlier films were flops, until 2000, when he appeared in "J.S.A. Joint Security Area". The film became his first major blockbuster. Unfortunately, Lee's father passed away that same year. Over the years, Lee's popularity continued to grow, with successful TV series', like "Beautiful Days" and "All In", and features, such as "A Bittersweet Life" and "The Good, The Bad, The Weird". Lee was becoming an international celebrity. His success continued rising with the highly anticipated TV show "Iris" and his other feature films "I Saw the Devil" and "Masquerade". Having solidified his position as one of Asia's biggest stars, he is the only actor to sell out the Tokyo Dome with 45,000 screaming fans. In 2012, he was one of the first two Korean actors ever to be honored with a hand and foot print ceremony at The TLC Chinese Theater.Lee's first foray into Hollywood films came in 2009 with a starring role in "G.I. Joe: Rise of Cobra." Following the global success of that film, he signed on for "G.I. Joe 2: Retalitation," which was released in March 2013. His first period piece feature, "Masquerade" was released in late 2012, and was met with stellar reviews from both audiences and critics, and became the highest grossing period piece in Korean history. He next starred in "Red 2" starring opposite Bruce Willis, Helen Mirren, John Malkovich, and Anthony Hopkins. The film premiered in Korea on July 18, 2013. Korea became the second highest grossing market for the film behind the US. In 2015, Lee has two Korean films, "Insiders" and "Memories of the Sword", along with Hollywood blockbuster Terminator Genisys (2015), where he plays a T-1000 robot. Lee is recently filmed an Independent US film, "Beyond Deceit", opposite legendary actors Anthony Hopkins and Al Pacino, which is due for a 2016 release. - IMDb Mini Biography By: Chris Green and Charles Pak

Amazon Video has the most number of Lee Byung-hun’s flixes, followed by YouTube compared to other streaming platforms. See the full graph below.

On average the IMDB score of the movies that Lee Byung-hun has worked on is 6.8.

A young boy who ends up in the U.S. after the 1871 Shinmiyangyo incident returns to Korea at a historical turning point and falls for a noblewoman.

A look-alike commoner is secretly hired to take the place of a poisoned king to save his country from falling into chaos.

A secret agent exacts revenge on a serial killer through a series of captures and releases.

Things go wrong for a high ranking mobster when he doesn't proceed by his boss's orders.

Action,Adventure,Comedy
The Good the Bad the Weird (2008)

The story of two outlaws and a bounty hunter in 1940s Manchuria and their rivalry to possess a treasure map while being pursued by the Japanese army and Chinese bandits.

A former political henchman seeks out revenge for being dropped by a ruthless politician while a determined investigator tries to find proof of a connection between the two of them.